You are here: Home / food / Ann’s Ham and Potatoes

With just three ingredients, Ann’s ham and potatoes is a filling, crowd-pleasing, comforting meal that tastes like it took twice as long to make.

I was a pretty picky eater when I was younger. Like, really picky. So picky that my stepmom had me make a list of foods I’d eat and tape it to the inside of a cabinet. 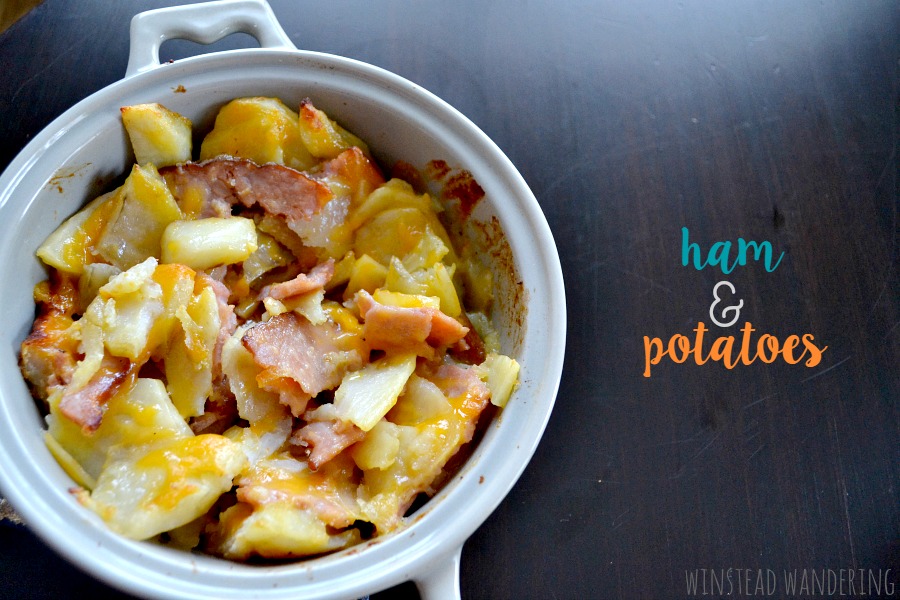 It was entirely an issue of declaring that I didn’t like something even though I’d never tried it. I don’t remember why I was so afraid to venture out and try new foods, but I was, so I didn’t. Even with my picky palate, her ham and potatoes was one of my favorite things to eat.

Confession: my range of foods might have expanded exponentially in the last 10 or 15 years, but this dish still ranks right up there as one of my favorites. Part of the allure is that peaceful feeling you get when you revisit a childhood classic. This recipe reminds me of simpler times and evenings with family.

While this meal might not evoke those same feelings for you, it’s still pretty much guaranteed to be a hit. The potatoes are cut thinly so they cook through and get soft. The ham is layered on top of the potatoes, ensuring the juices drip down and flavor the potatoes. Each potato-and-ham layer is topped with cheese that gets perfectly melted and gooey. Add a touch of salt and pepper and you’re done. 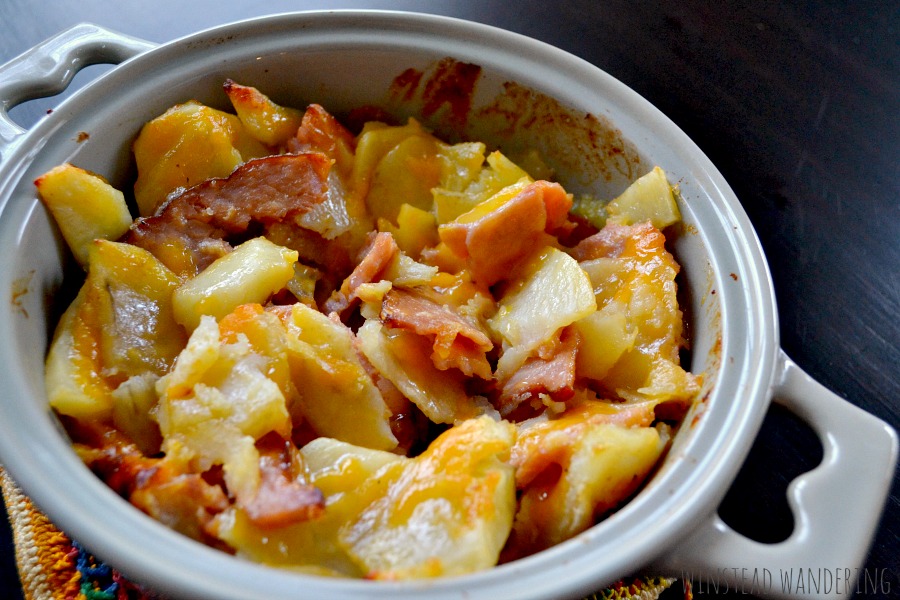 Cover the dish in foil and bake for 45 minutes. Remove foil and bake an additional 10-15 minutes, or until the cheese on top is melted and bubbly. Your baking time will vary depending on the thickness of your potatoes, so you may want to check it around the 35 to 40 minute mark.

Ann often adds diced onions. She didn’t when I was young (re: my picky eating) and I think that’s why, despite how much I love onions, I don’t care for them in this recipe.

If you make this recipe and then wait to cook it, your potatoes will start to turn brown. It is however, incredibly delicious leftover, so my suggestion would be to bake it immediately and then reheat it later.