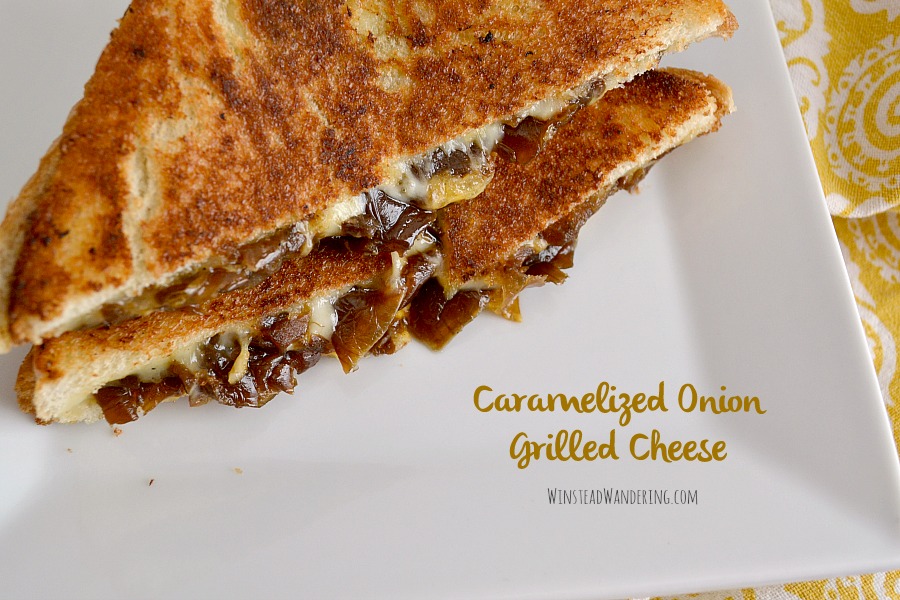 I’m not sure if this is normal, or if it’s a foodie thing, or if I’m just weird, but I sometimes obsess over leftover food. Not boring leftover meals, but fun or unique ingredients sitting in the fridge or cupboards. In this particular instance, I’m referring to the Slow Cooker Caramelized Onions I made a few weeks back.

I made that batch so I could make Roasted Garlic and Caramelized Onion Dip. That was a solid decision, but I ended up with a container of leftover onions in the fridge. Sure, that’s a good thing, but I couldn’t stop thinking about what I’d make with them. I mulled over and discarded several ideas before landing on Caramelized Onion Grilled Cheese. 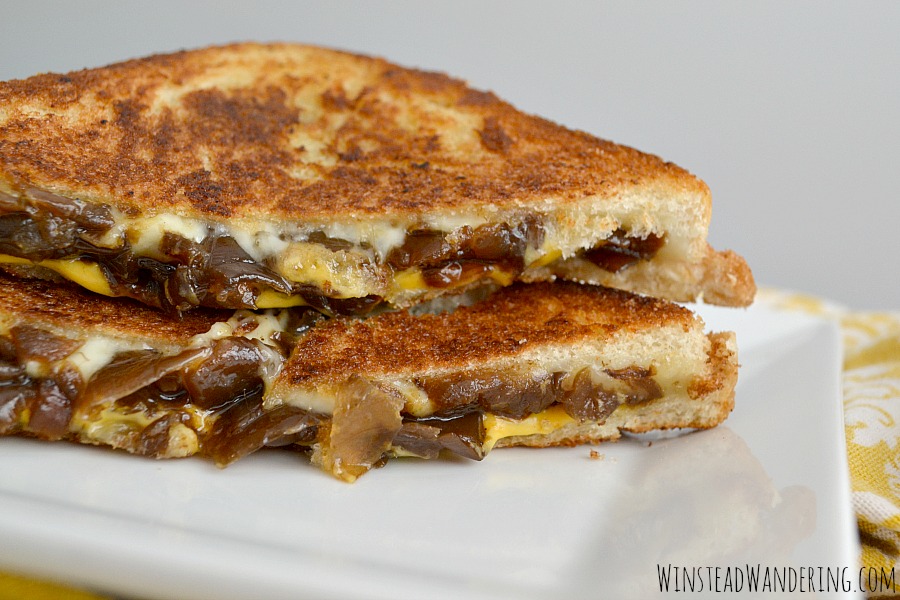 The last amazing hot sandwich I made was a Jalapeno Popper Grilled Cheese. Y’all, I still dream about that sandwich, and I can’t believe I haven’t made it again recently. Now it’s got competition, though, in the form of this Caramelized Onion Grilled Cheese. I used American cheese for that classic grilled cheese ooze, plus pepper jack for a little boost of heat. Everything was layered on white sandwich bread, which I only buy especially for making kick ass grilled cheese sandwiches.

The star of the sandwich show, though, was definitely the caramelized onions. If you’ve not tried them, even if you don’t usually care for onions, you’re missing out. They aren’t your typical harsh, overwhelmingly-strong onions. Instead, they’re cooked down to a deep brown. The sugars are caramelized, leaving you with tender, sweet onions that are perfect for everything from French onion soup to topping burgers to stuffing inside this over-the-top grilled cheese sandwich. 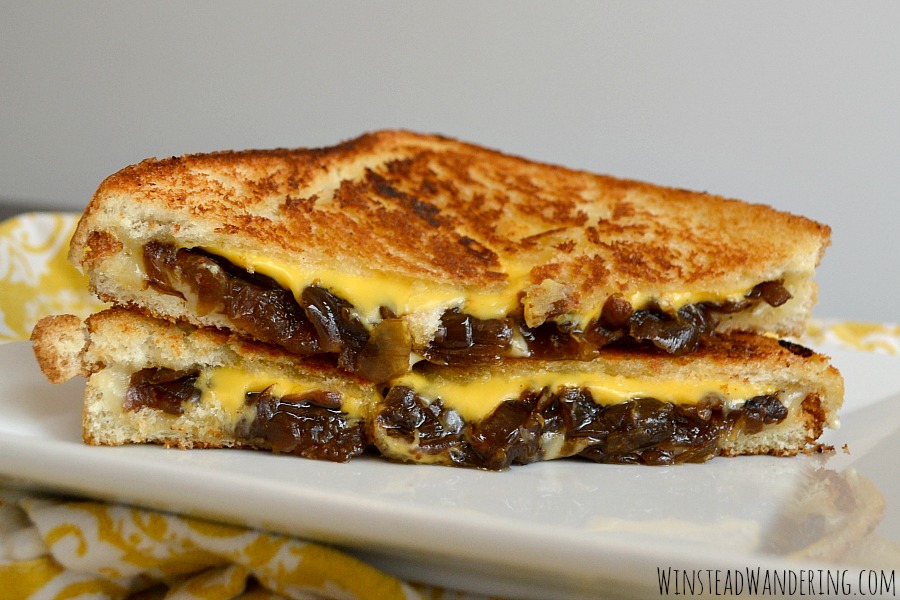 Place a skillet over medium heat. Spread butter on one side of each slice of bread. Build your sandwiches by placing one slice of American cheese, a half cup of onions, and one slice of  pepperjack cheese between two slices of bread, buttered side out. Place one sandwich in the skillet and cook two to four minutes on each side, or until bread has turned a dark golden brown.

Repeat the cooking process with the rest of the sandwiches. Serve hot.