You can make crispy, melty perfectly delicious homemade cast iron pizza in less time than it takes the delivery man to show up. 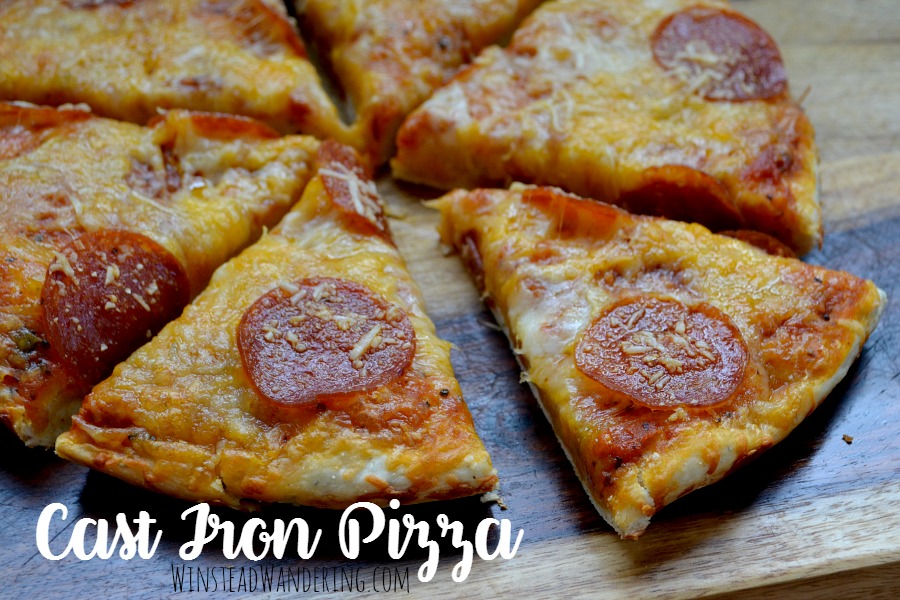 It’s traditional in our house to have homemade pizza every year on the day we decorate our Christmas tree. It’s one of my favorite traditions for a few reasons. Partly, it’s because the custom is one J and I started together after we got married. A big part of it, though, is because I really stinking love pizza. 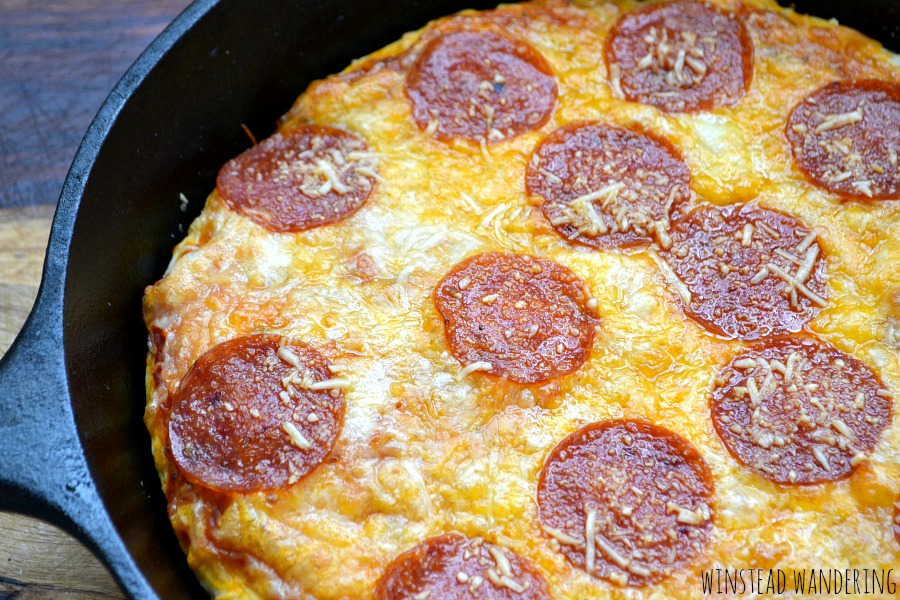 Don’t worry, Christmas-tree-decorating-night isn’t the only time I make this cast iron pizza. We have it a couple times a month. Surprisingly, the recipe is even on my short list of quick go-to recipes. The dough recipe is an easy no-rise version that doesn’t require hours of wait time. I’m not lying when I say you can have this pizza on the table faster than delivery will arrive.

I topped this one with pepperoni because it’s an easy classic. You could top yours with anything you have, including yummy Mexican leftovers or last night’s veggies. 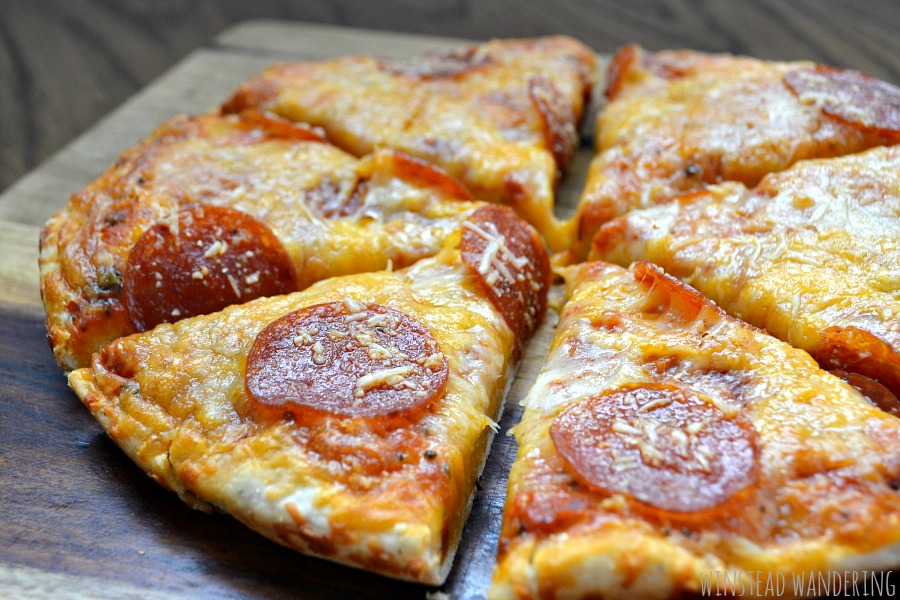 Preheat oven to 450 degrees. In a measuring cup, sprinkle the yeast over the warm water. Let the mixture sit and use the bowl of a stand mixer fitted with the paddle attachment to combine the flour, sugar, garlic salt, and Oregano. After the yeast begins to foam (this should only take a couple minutes), add it to the flour mixture along with the olive oil.

When the dough has rested, transfer it to a floured surface and roll it into a large circle, about half an inch thick. Transfer the dough to an un-greased cast iron skillet. Trim the dough so it only comes about halfway up the side of the pan. Place the skillet over high heat for a few minutes, until you begin to hear the dough sizzle.

Transfer the pan to the oven and bake for 14 to 18 minutes, or until cheese is melted and crust is golden. Remove the pan from the oven and immediately brush the crust with olive oil and sprinkle with garlic salt. Allow the pizza to cool for a few minutes before transferring it to a cutting board and slicing.