Flavored with rich notes of molasses and a few complementary spices, Southern Molasses Cookies are chewy, moist, and just a tad crispy without being crunchy. 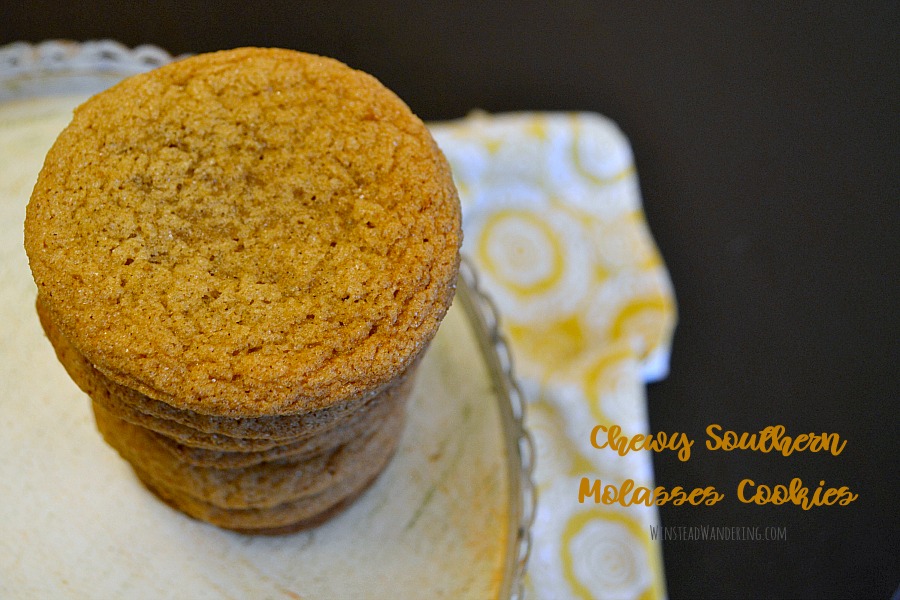 During our nearly ten years of marriage and seven-plus years of parenthood, I’ve spent much more time away from J, and then from J and the kids, than he’s spent away. I’m not gone a lot, but there’s been work training and a few visits home to Oregon. Recently, though, for the first time ever, J left all three kids and me for three days while he chaperoned a school trip.

I’ve never been secretive about the fact that J is a better parent than I am. I don’t think I’m a bad parent, and I think in many ways we complement each other well, but if there was a scorecard, he would come out ahead. He’s the exclusive handler of all bodily fluids that don’t come inside a diaper, and he is the reason our kids always have clean clothes to wear. 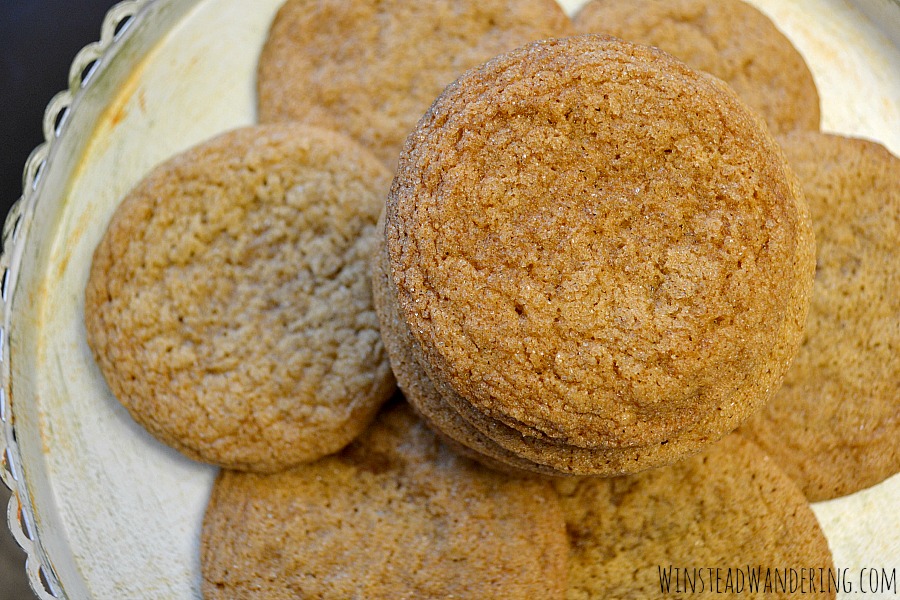 Despite my status as the lesser parent, all four of us survived in J’s absence. We weren’t late getting anywhere, everyone got fed, and I even managed to wash a load of laundry (I literally mean wash; the clothes got moved to the dryer, but not fully dried).

I also found time to whip up a batch of Chewy Southern Molasses Cookies. I was left with a big jar of homemade molasses after my mother-in-law gave it to me to use to make Instant Pot Baked Beans, and I knew I’d use at least some of it for these cookies. A molasses cookie is super similar to a gingersnap, but where gingersnaps are typically crunchy (snappy), molasses cookies are soft and chewy.

Whatever you call them, just be sure to make a batch or two soon. You’ll wonder why scrumptious spice cookies like these aren’t a staple in your kitchen! 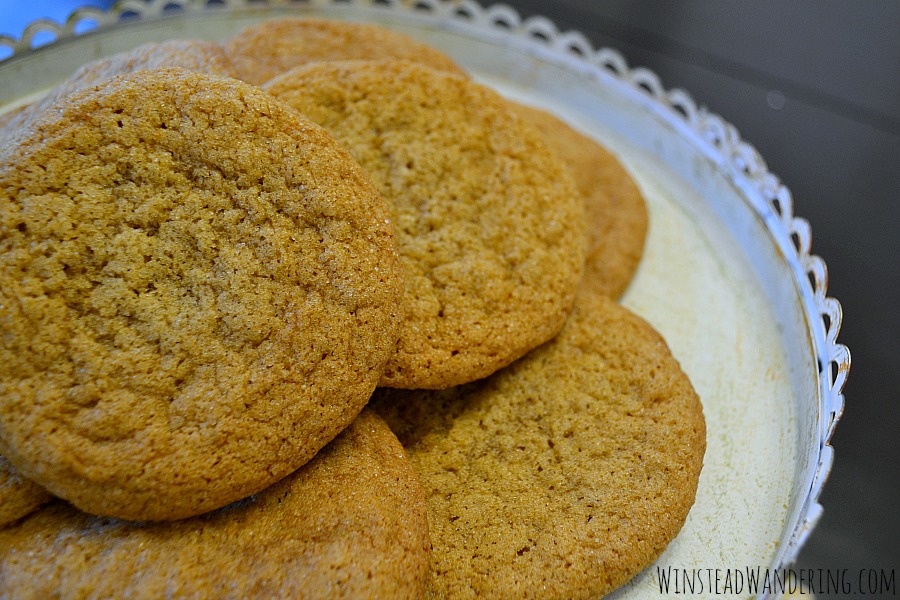 Combine in a large bowl sugar, brown sugar, molasses, and butter. Mix for several minutes, until ingredients are combined and fluffy. Add in eggs, baking soda, salt, cinnamon, cloves, nutmeg, ginger, and vanilla. Mix until everything is well-incorporated, and then sprinkle in the flour, mixing just until combined.

Cover bowl with plastic wrap and place in the refrigerator for one hour. Preheat oven to 375 degrees. Roll dough into one-inch balls and roll in sugar to coat. Place on an ungreased baking sheet. Bake cookies for 12-15 minutes, or until golden brown and set in the middle. Allow to cool for a couple minutes on baking sheet before transferring to a cooling rack. Store in an airtight container.