What happens when you combine two of the richest, most decadent desserts? You get Chocolate-Covered Strawberry Brownies. 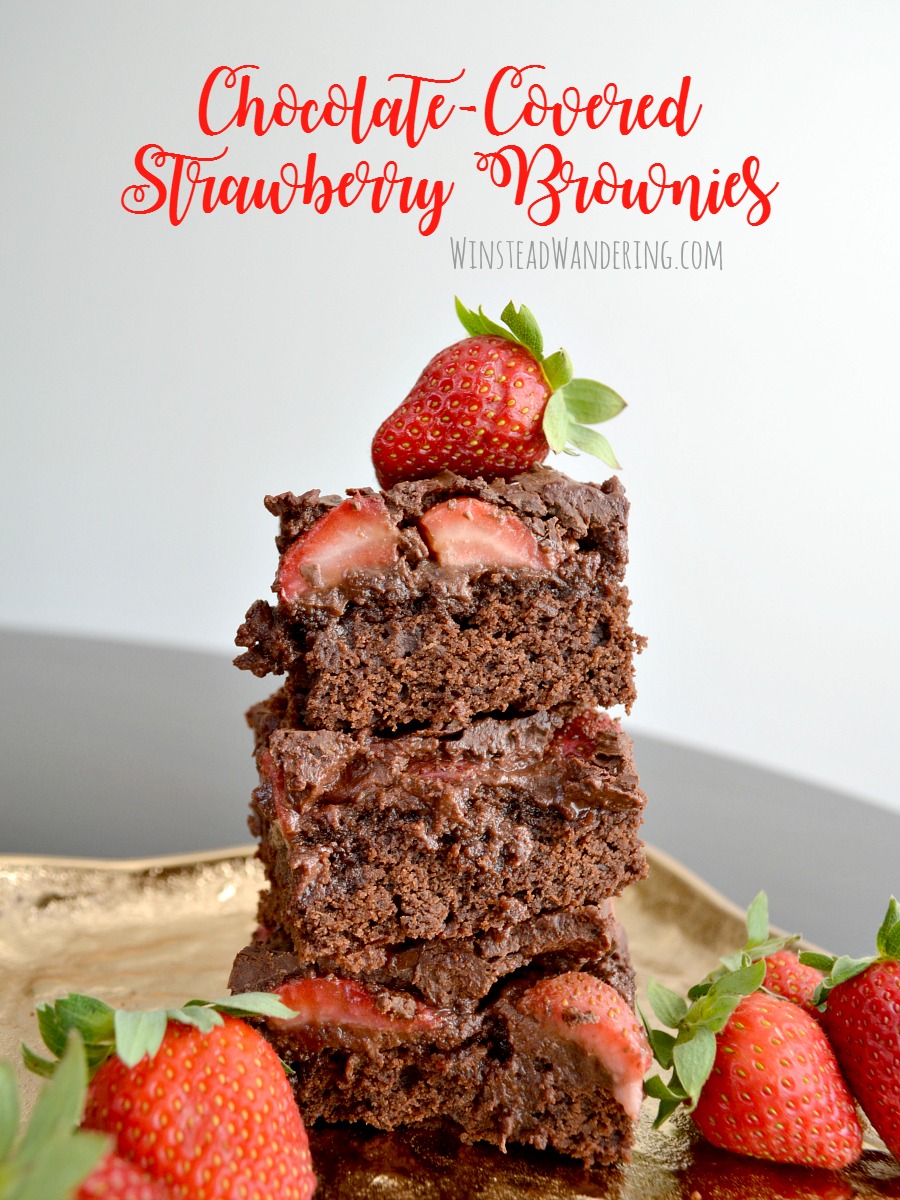 When I set out to use up the flat of strawberries in my fridge, I knew at least one of my recipes had to include chocolate. Chocolate-covered strawberries have to be one of my all-time favorite treats. They’re seriously the way to my heart. Posting a “recipe” for those would be way too boring, though, so I decided to take the concept and use it to top my homemade brownies.

My original brownie recipe has chocolate chips thrown in, but I skipped those in this version. Instead, I melted a few cups of them to spread over the sliced strawberries on top. I thought my homemade brownies couldn’t get any better, and I thought I’d never top chocolate-covered strawberries, but then I made Chocolate-Covered Strawberry Brownies.

I might as well stop now, y’all. I don’t think I’ll top this one. 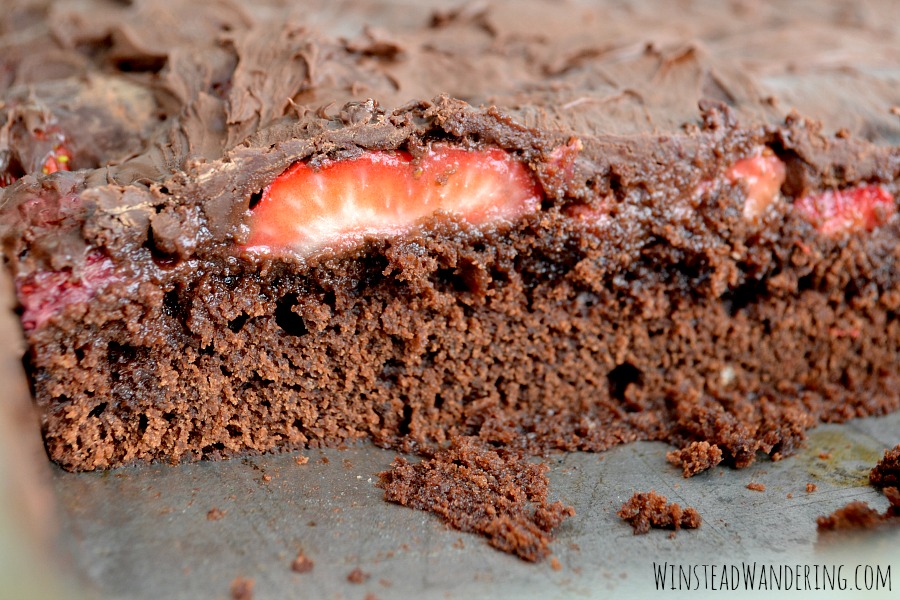 Preheat oven to 350 degrees. In a large bowl, whisk together cocoa powder and baking powder. Whisk in half the butter and then the boiling water. Whisk in the sugar, and then the two eggs, vanilla extract, and salt. Add the flour and whisk just until incorporated. Transfer batter to a greased 9 x 13 pan and bake for 28 to 35 minutes, or until a toothpick inserted in the middle comes out clean.

While the brownies are baking, cut the leaves off the strawberries and half them. Wait until the brownies come out of the oven to melt the chocolate. Microwave the chips for 30 to 40 second intervals, stirring after each, until they’re melted. Lay the strawberry halves cut side down over the baked brownies, pushing them gently into the surface. Pour the melted chocolate over the top and use a spatula to spread it around.

For best results, cut the brownies just before the chocolate is fully set up.

The easiest way to spread the melted chocolate is to use an offset spatula.

The brownies will be easiest to cut with a sharp knife; I used my favorite Rada.