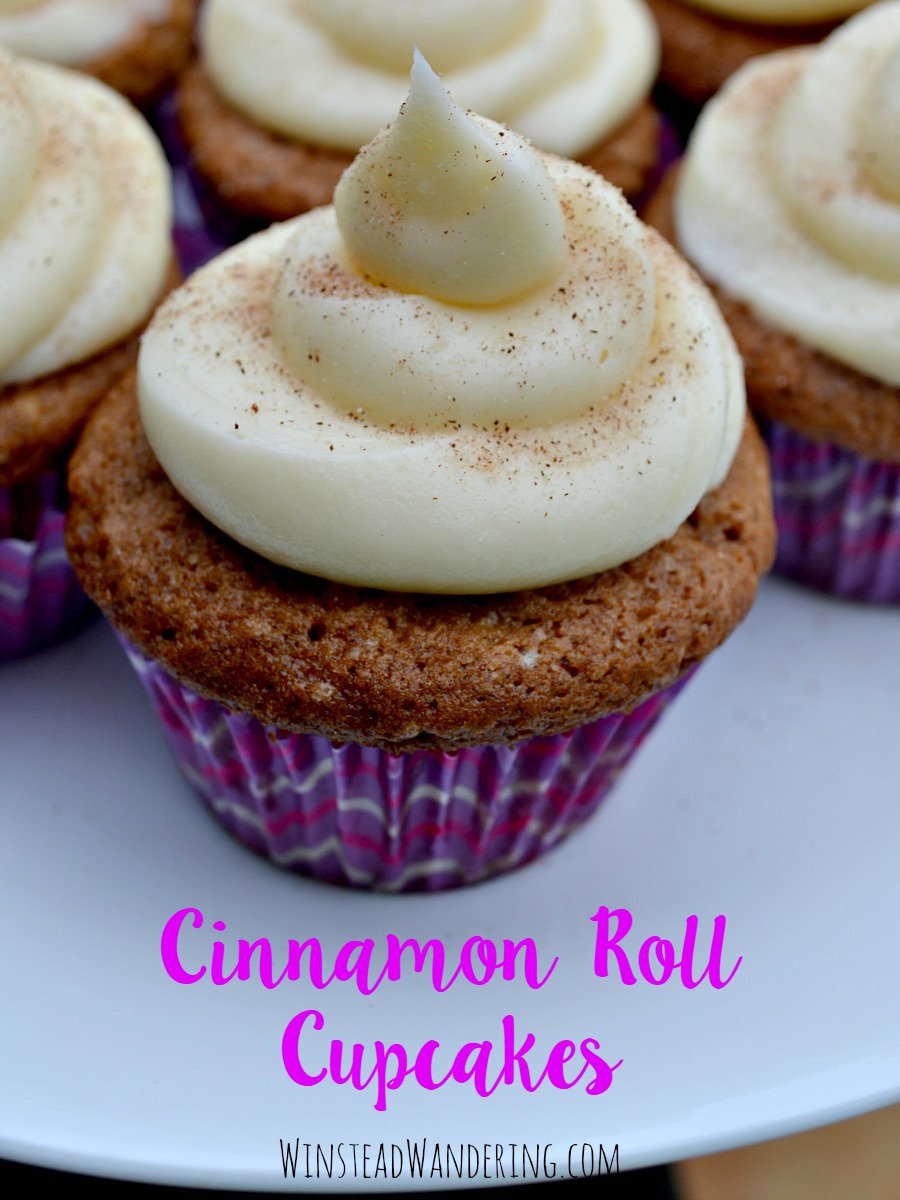 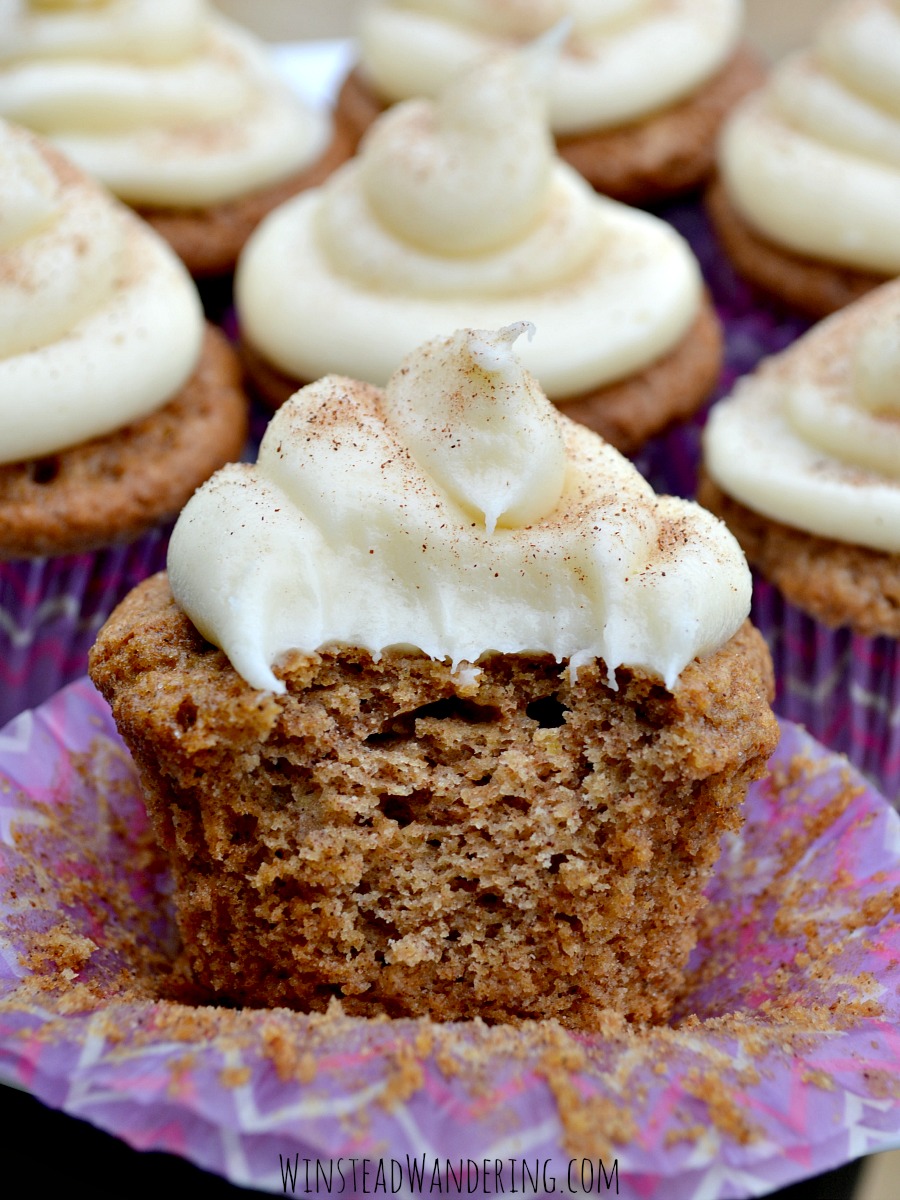 Preheat oven to 350 degrees. In a large bowl, combine the cake mix, brown sugar, melted butter, eggs, milk, cinnamon, and vanilla extract. Mix well, until there are no lumps in the batter. Batter will be thick. Spoon it into a muffin pan lined with cupcake liners. Fill each liner about three quarters full.

Bake for 18-22 minutes. Allow cupcakes to cool for five minutes, remove them from the pan to a wire rack, and let them continue cooling. In the meantime, make the frosting: Beat the cream cheese and butter together on medium speed until fluffy. Add the powdered sugar, one cup at a time, allowing it to fully incorporate before adding the next. Scrape the sides of the bowl with a rubber spatula as needed. Add the vanilla extract and mix well.