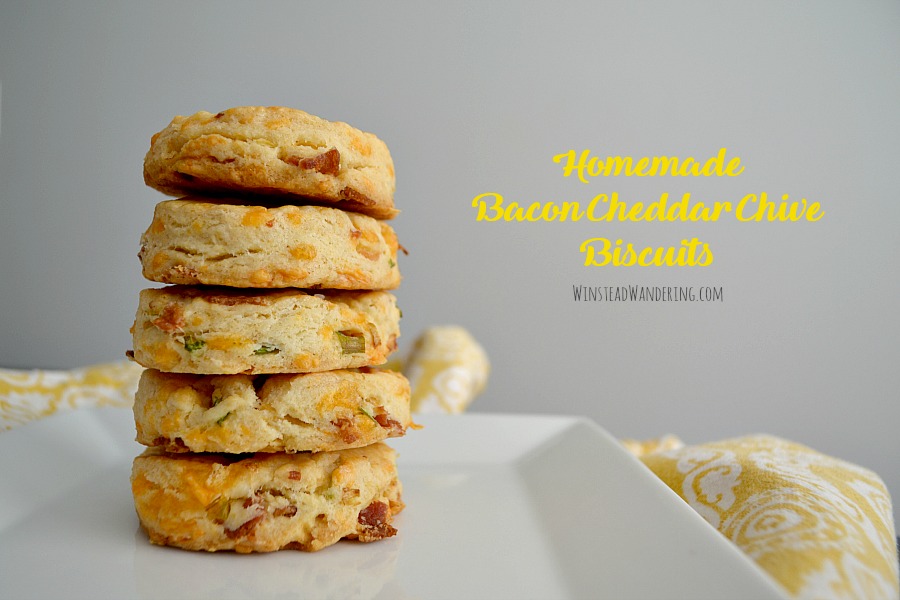 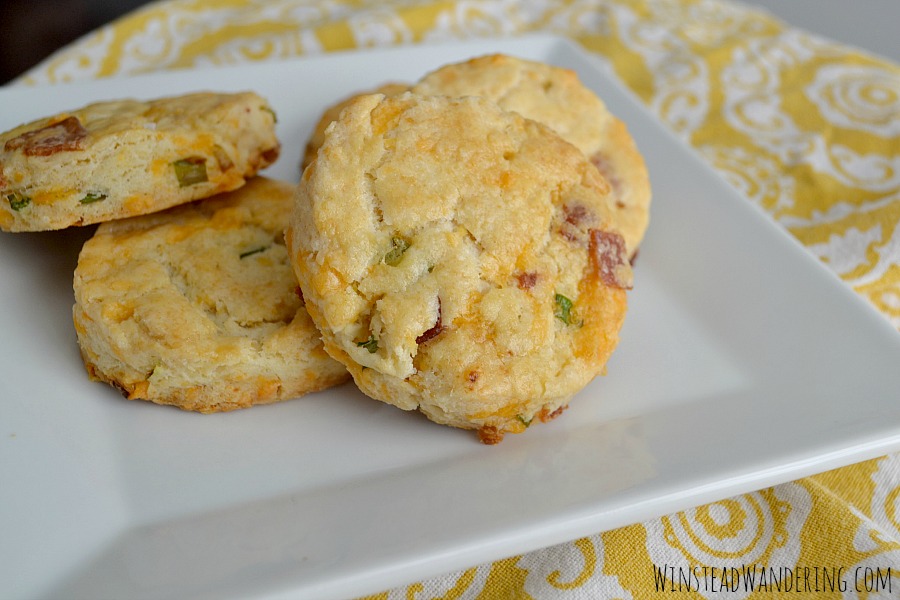 Preheat oven to 425 degrees. In the bowl of a stand mixer, stir together flour, baking powder, and salt. Mix in the diced butter until pieces are pea-sized. Add heavy cream and egg and mix just until mixture is moist throughout. Add cheese, bacon, and chives and mix just until well incorporated.

Turn dough out onto a floured surface. Sprinkle the top of the dough with more flour and roll dough into a large circle, about a quarter to a half inch thick. Use a drinking glass or a round cookie cutter to cut biscuits from the dough. Place biscuits on parchment-lined baking sheet and brush with beaten egg.

Bake for 16-20 minutes, until tops of biscuits are golden.