Homemade Chocolate Cream Cheese Frosting is quicker and easier to make than you think, and it is oh so worth the effort. You’ll never go back! 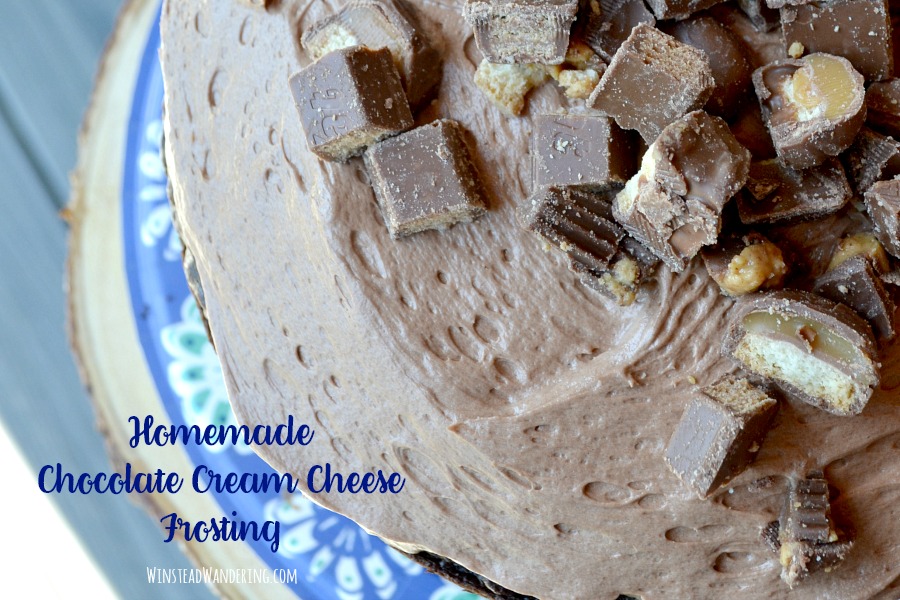 I’ve posted a lot of homemade frosting recipes because I’ve shared a lot of cake and cupcake recipes and I never use store bought frosting. I know, I know, that sounds snobby, but it’s true; homemade frosting is just too easy and too dessert-altering to settle for anything less.

It occurred to me a while back, though, that I never shared my recipe for Homemade Chocolate Cream Cheese Frosting. It’s a recipe I’ve made again and again to go with things like Double Chocolate Brownies and Loaded Candy Bar Cake, but I never got around to sharing just the frosting here.

Today I’m changing that. If you’ve never made homemade frosting because you always figured it was too difficult, or because you think the pre-made stuff in the jar is just as good, I’m begging you to make this recipe. It’s fluffy and rich, smooth and decadent, everything a homemade frosting needs to be.

And if you aren’t into cream cheese frosting (make this anyway; it just might change your mind), you need my Homemade Chocolate Buttercream recipe. 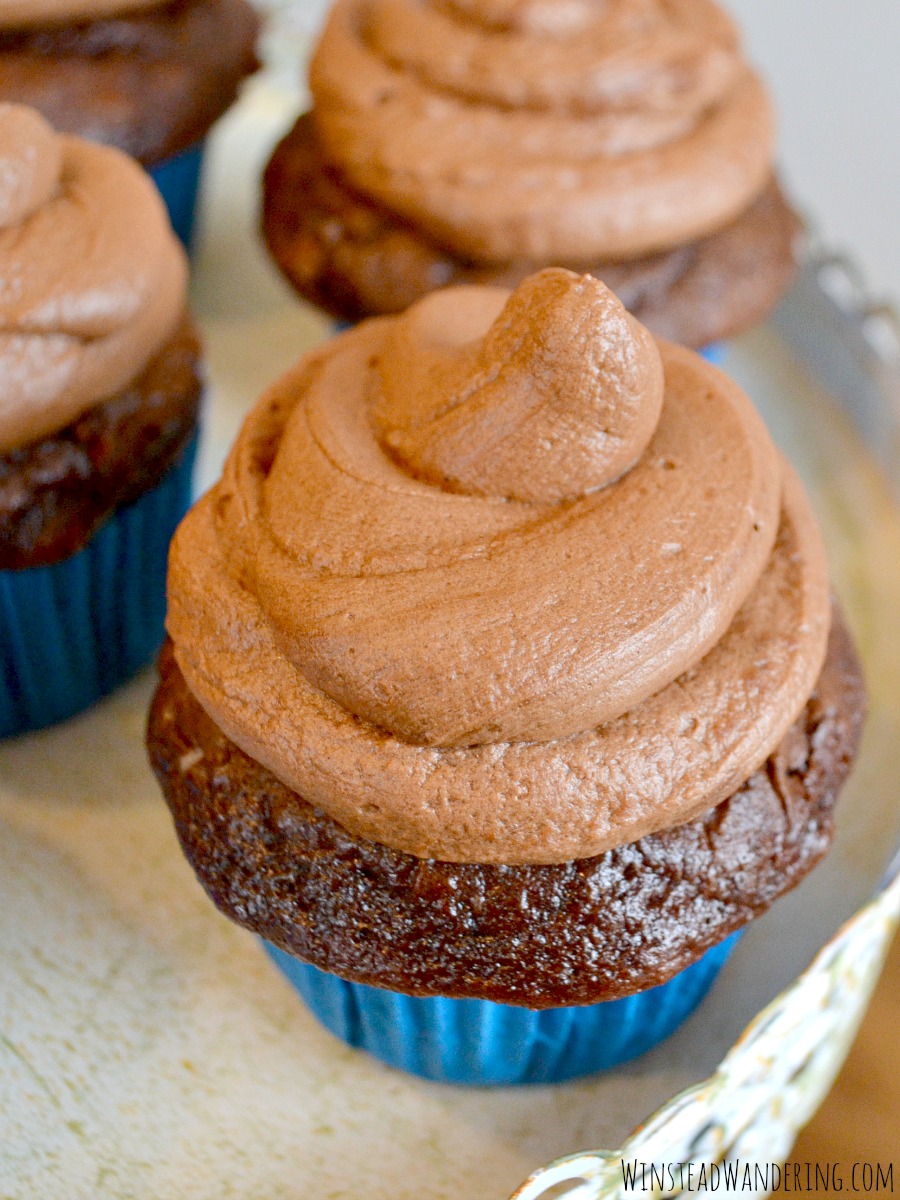 In a large bowl, beat together the butter and the cream cheese until fluffy. Add the cocoa powder and mix until well-combined. Stir in the powdered sugar, one cup at a time, beating to fully combine after each. Add the vanilla extract and a quarter cup of milk or cream. Beat on medium-high for three to five minutes, until frosting lightens in color and becomes fluffy. If frosting is too thick, add another tablespoon or two of milk or cream and beat well.

If you love homemade frosting, you’ve got to check out Chocolate Buttercream, Strawberry Buttercream, and Cream Cheese Frosting! 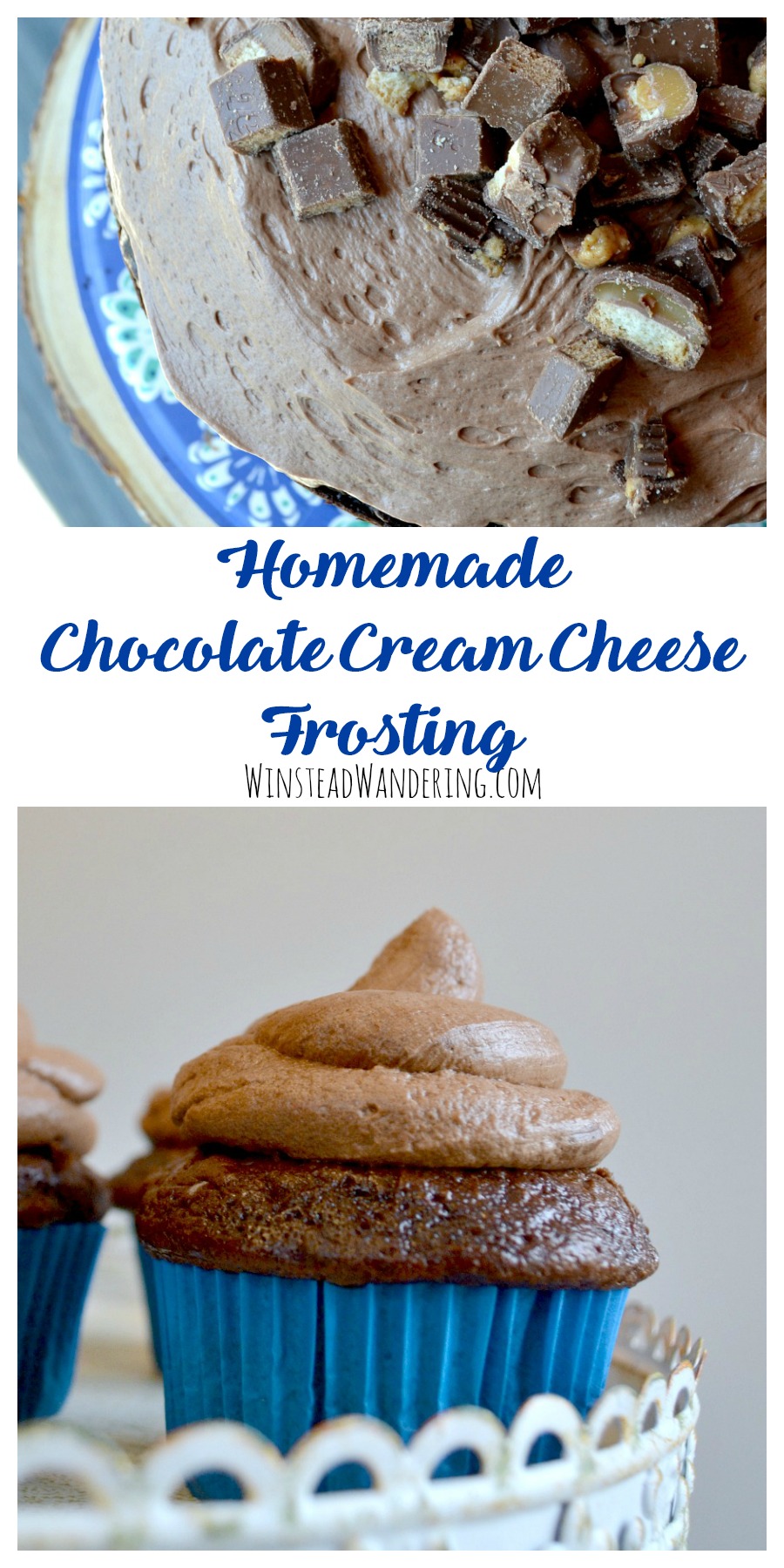