With just two ingredients, you can make easy homemade cinnamon ornaments: a perfect DIY for decorating or gifting. What a fun craft for kids! 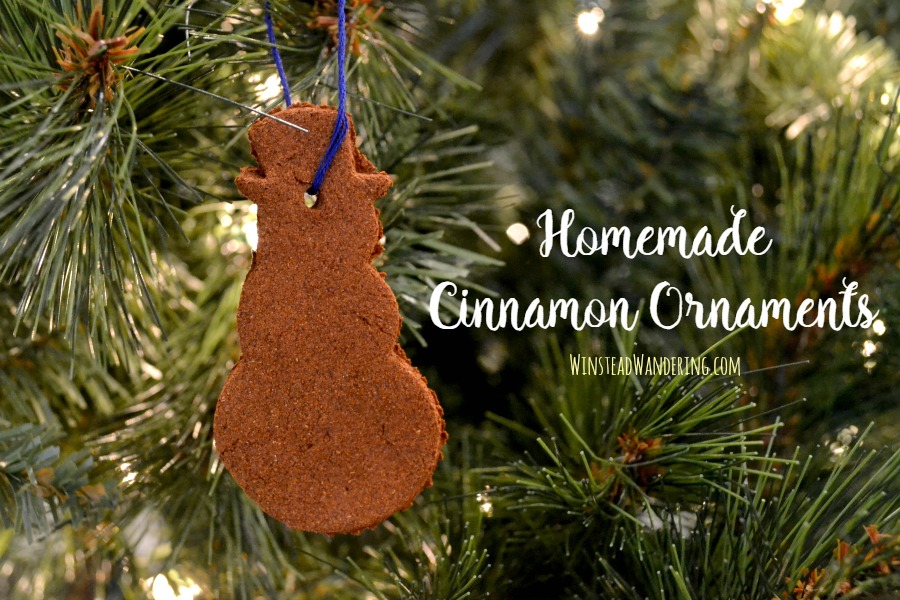 Homemade cinnamon ornaments are something from my childhood, although I can’t for the life of me remember where and when I made them. I have no idea if it was at home, at school, at church. I’ve got nothing. Regardless, when I thought about what sorts of crafts I wanted to do this year with the kids, I knew these fragrant ornaments would make the list.

B and I whipped up a batch during Thanksgiving break. The dough couldn’t possibly be any easier; there are only two ingredients. It rolled out easily, and we had fun choosing shapes. These homemade cinnamon ornaments bake low and slow, leaving the whole house smelling deliciously like Christmas. 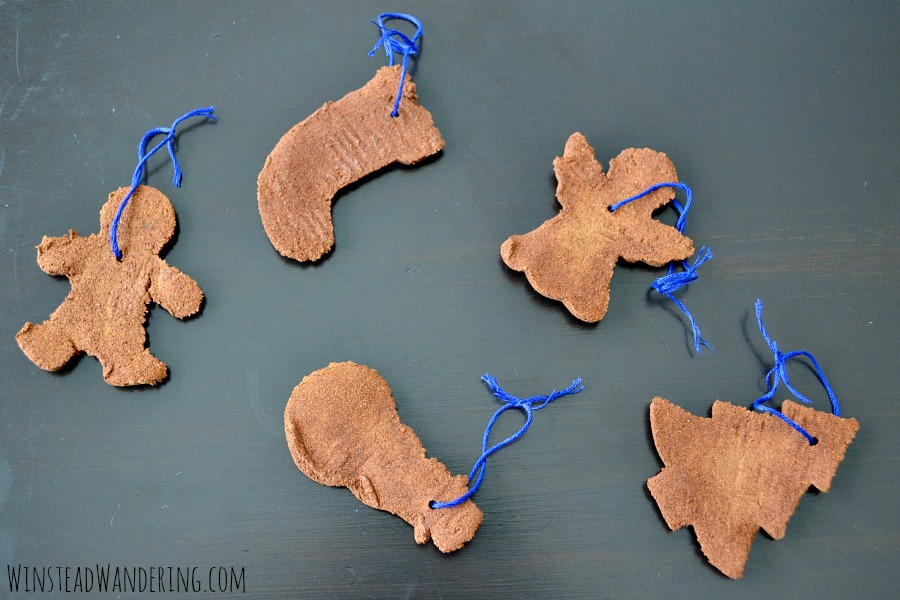 Preheat oven to 200 degrees. In a large bowl, combine cinnamon and applesauce until ingredients are well-incorporated and form a ball. Sprinkle your work surface with cinnamon (just as you would with flour when working with regular dough). Place the dough on the cinnamon, sprinkle more cinnamon on top, use a rolling pin to roll the dough to a thickness of a quarter inch.

Use Christmas-themed cookie cutters (here’s a great set) to cut shapes from the dough. Make shapes in all of the dough before pulling away the scraps. Use your fingers or a spatula to transfer shapes to a parchment-lined baking sheet. Form the scraps back into a ball and repeat the process of rolling and cutting until the dough is used.

Use a toothpick or a drinking straw to make holes in the dough for hanging. Bake ornaments for two to three hours, flipping once, until hard. Allow them to cool and then string them with baking twine or yarn for hanging.

You can reduce or increase this recipe to suit your needs; just make sure you have equal parts applesauce and cinnamon.