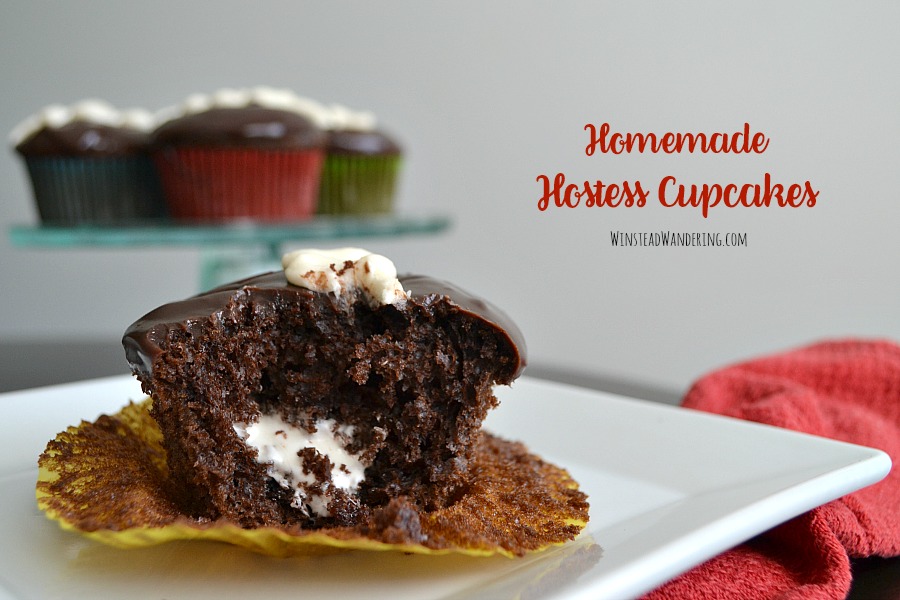 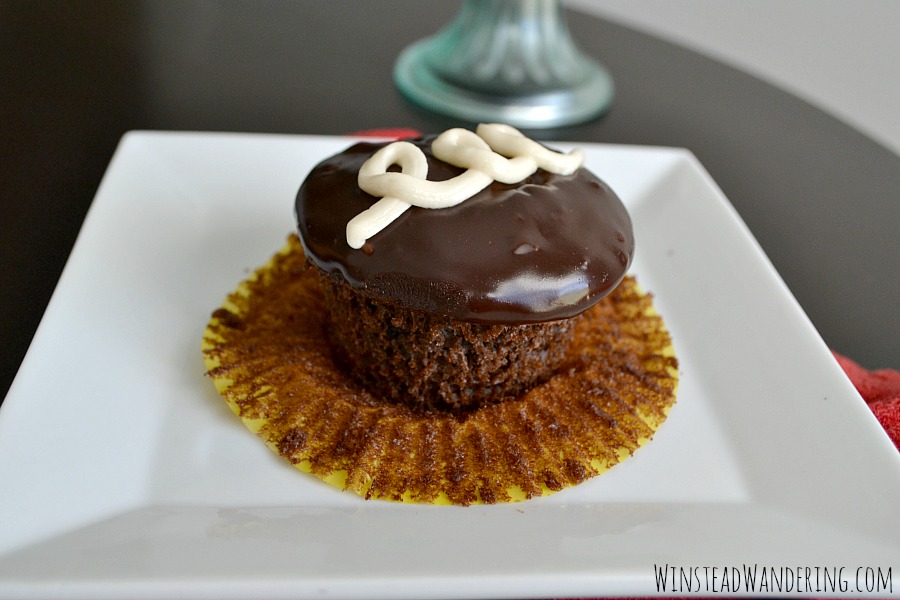 Preheat oven to 350 degrees. Prepare a muffin tin with cupcake liners and set aside. In a large, bowl, combine cake mix, eggs, vegetable oil, milk, sour cream, and vanilla extract. Mix well for a minute or two, until everything is combined and no lumps remain. Spoon cupcake batter into liners, filling them about 2/3 full. Bake for 14-18 minutes, or until cupcakes are firm on top and a toothpick inserted in the middle comes out clean. Transfer cupcakes to a cooling rack.

Meanwhile, make the topping and the filling. To make the chocolate ganache topping, combine heavy cream and chocolate chips in a large bowl. Microwave in 30 second intervals, stirring well after each, until chocolate melts into cream. Keep stirring until the mixture is shiny and no chips remain. Set aside to cool. For the filling, mix together the marshmallow cream and the butter on medium for one minute. Add the powdered sugar and beat two minutes more. Transfer filling to a zip-top bag for later use.

Use a cupcake corer or a paring knife to remove a chunk from the center of each cupcake; set those pieces aside. Cut a small piece off the corner of the bag containing the filling and use the bag to squeeze the cream into the center of each cupcake (be careful not to cut the hole to big because you’ll use the same bag to pipe the curlicues on top). Fill the holes nearly full, as the mixture will settle and leave plenty of room to replace the core. When all cupcakes are filled, set aside extra filling and replace the removed cores.

Next, frost each cupcake by turning it over and dipping the top in the cooled chocolate ganache. Be careful to swirl the cupcake against the side of the bowl as you remove it from the ganache to ensure the center doesn’t come out. When the chocolate on the cupcakes is set, pipe marshmallow filling on top in the curlicue. Supposedly the Hostess version has seven swirls, but make it your own.