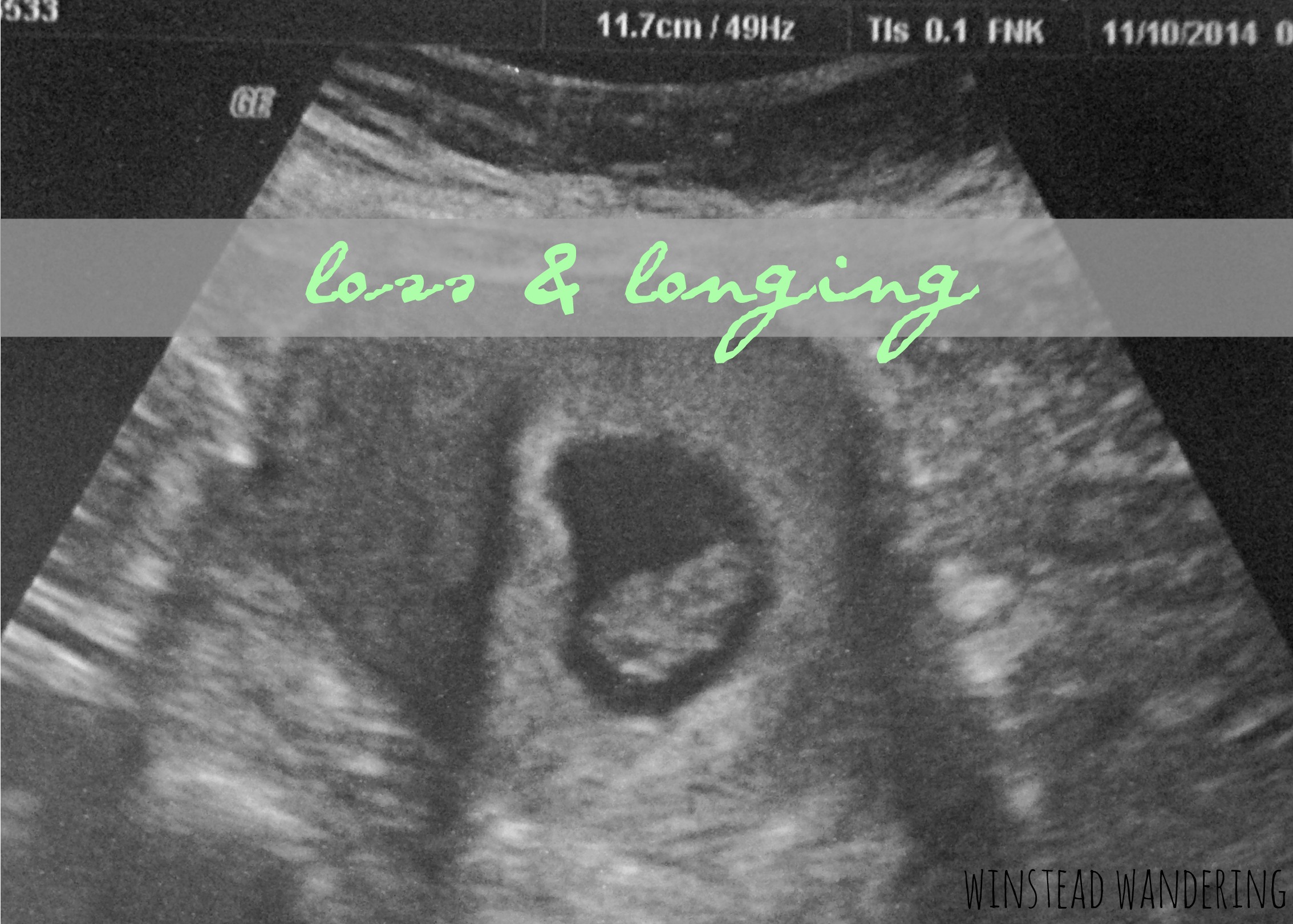 This is part two in the three part story of the loss our third pregnancy. To read the story from the beginning, here’s part I. The story concludes with part III.

The ultrasound tech came back just a few moments later with my doctor. He was so kind as he explained that the baby had died. He wanted me to call someone to come get me, but I insisted that I was okay to make the 30 minute drive home. He asked that I call the office later in the evening to discuss what we needed to do next, but I asked him to describe things to me there.

He explained that, because the pregnancy was 12 weeks along, I would have to have a D & C procedure: a surgery, performed under general anesthesia, in which the cervix is dilated and the contents of the uterus are removed. After we talked briefly, he walked me to my car.

I cried the whole way home. While I couldn’t wait to get home, to hug J. and be held by him, I also didn’t want the drive to end. For those 30 minutes, I was alone with the news that our baby was dead. It was oddly comforting to me to know that all the people I love, all the people who already loved the baby inside me, were protected from the news.

When I walked in the door and saw J. on the couch, I couldn’t speak. I began to sob and J. stood up. I choked out the words “the baby died” and then we held each other for a long few minutes. It wasn’t soon before G. and B. realized I was home and came out from G.’s room, where they’d been playing.

I’ve never been more thankful for those two than I was in that moment. They were especially sweet that evening, full of loves and cuddles and sweet words. At one point, as I was sitting on the couch, G. climbed up beside me. He knew I was sad, but when I asked if I could snuggle him, he insisted that, no, he would snuggle me. It was  uncomfortable and the position was awkward, but I’ll cherish those minutes on the couch with G.’s arm stretched across my shoulders.

I sent three texts that night: one to my mom, one to my dad and step-mom, and one to my boss. The messages to my parents were succinct. “I miscarried the baby. Don’t feel like talking.” The one to my mom asked her to spread the news to my four siblings. The text to my principal was to tell him that we’d lost the baby and that I’d be out the rest of the week.

Due to the length of this story, I’ve broken it up into three separate posts. It begins with part I and concludes with part III.