With sweet and smoky charred corn, cool sour cream and citrus, and the perfect notes of spice, this Mexican Street Corn Salad will be a year-round hit at your house! 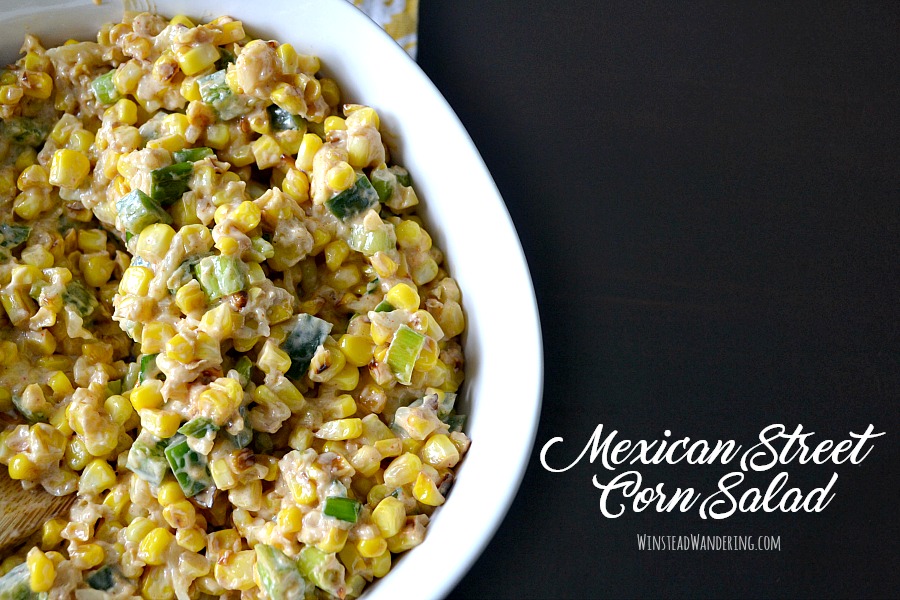 I first made this Mexican Street Corn Salad a few months ago for guests. The adults and the teenagers all raved about it, and not in a just-being-polite kind of way, either. In fact, at least a couple of them went back for seconds and thirds. I made it recently for a church potluck and, again, the salad got rave reviews. 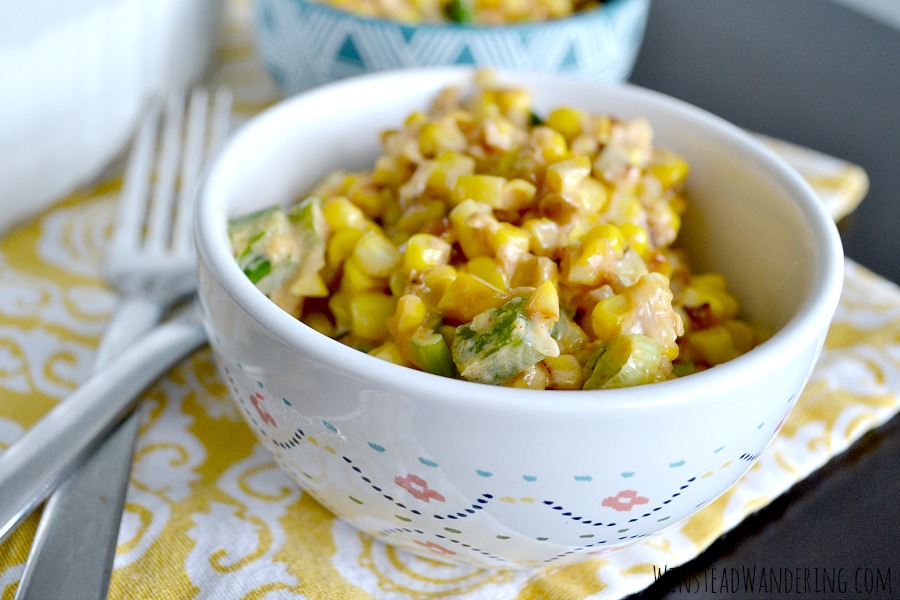 It’s not hard to see why this recipe is such a hit. With the sweet and smoky notes of charred corn, the hit of spice from chipotle chili pepper and jalapeños, and the cooling notes of sour cream and citrus, you’ve got a perfect summer salad that will transition right into fall. Sure, grilled corn is typically a summer staple, but the beauty of this recipe is that you capture all the favorite flavors of Mexican street corn without leaving your kitchen. 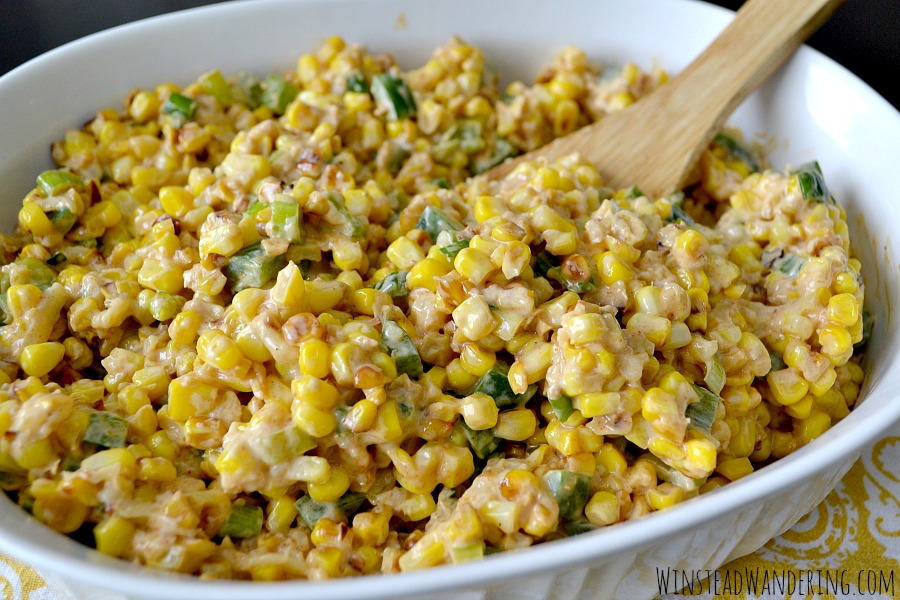 Cut corn kernels from cobs (use this handy trick to make the process mess-free!). Heat a tablespoon of oil in a large skillet over medium-high heat. Add half the corn kernels, about two and a half cups, and spread into a single layer. Sprinkle with half a teaspoon of kosher salt and cover with a lid; let kernels cook for five to seven minutes. Stir the corn and continue cooking another five to seven minutes, allowing the kernels to char on a couple sides. Remove charred corn to a heat-proof bowl and repeat the cooking process with remaining corn.

While corn is cooking and cooling, dice the green onions and seed and dice the jalapeño. To the slightly-cooled corn, add green onions, jalapeño, sour cream, and pepper jack cheese. Juice the lime over the corn and mix until all ingredients are well incorporated. Sprinkle chipotle powder over the salad and mix well. Serve immediately or store in the refrigerator for up to three days. Salad is good served warm or cold.

Use more or less chipotle based on desired spice level.

If, after adding the chipotle, you discover the salad is too hot, stir in a couple tablespoons of sour cream and a teaspoon of sugar to temper the heat.

The original recipe called for cotija cheese instead of pepper jack, but my local stores don’t carry it. Make the switch if you prefer.