You are here: Home / dinner / Oven Roasted Potatoes with Bacon and Cheese

Oven roasted potatoes with bacon and cheese are the perfect quick, easy, and delightfully delicious side dish for any time of day. 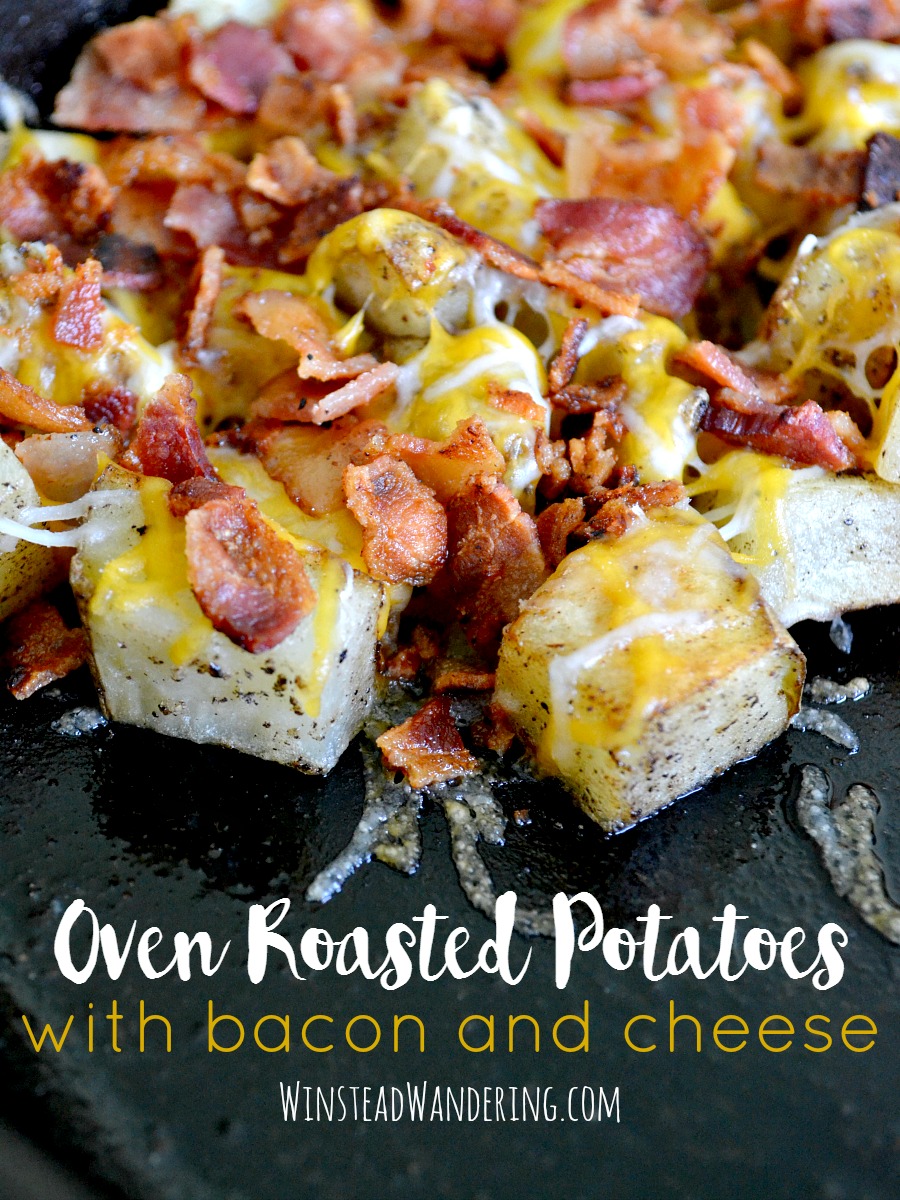 I started writing this post a few months ago, sometime around the start of my third trimester of pregnancy. I craved carbs something fierce- even more fierce than usual- while I was pregnant with Q, and many nights I couldn’t think of a good excuse not to make some sort of potato dish and call it supper.

The recipe is surprisingly quick and easy to make. Because the potatoes are cooked in a skillet still hot from frying the bacon, they cook quickly and develop that coveted softness on the side while becoming crisp on the outside. After the potatoes are cooked through, they’re sprinkled with crumbled bacon and cheddar cheese and returned to the oven to let everything melt together.

I often eat them just as they’re pictured, but they’re also great served with salsa, green onions, or diced avocado. 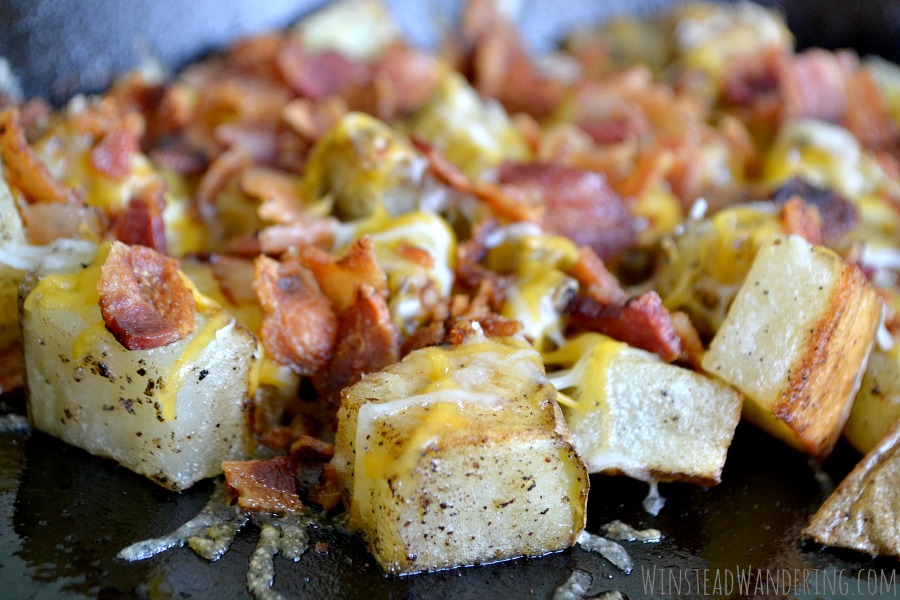 Preheat oven to 400 degrees. Cook bacon in a cast iron skillet and remove to a paper towel-lined plate to drain. While the bacon is cooking, dice the potatoes into half-inch chunks. Remove about half of the bacon grease; leave the rest in the pan. Allow the bacon grease to cool for a few minutes and then add the potatoes. Use tongs to toss them and make sure each piece is coated.

Can’t get enough potatoes? You’ve got to see my baked homemade potato chips or this twice-baked potato casserole.