You are here: Home / Pregnancy / How We’re Preparing Our Toddlers for a New Baby

How we’re preparing our toddlers for a new baby: all our best tips and tricks and making a smooth transition to life with a newborn.

I recently wrote about why I’m glad my kids are close in age, but lately I’ve been feeling thankful for how aware and excited they are about this new baby. Whereas we weren’t able to do much to prepare an 18-month-old G for the arrival of his little sister, this time around we’ve been having real conversations. 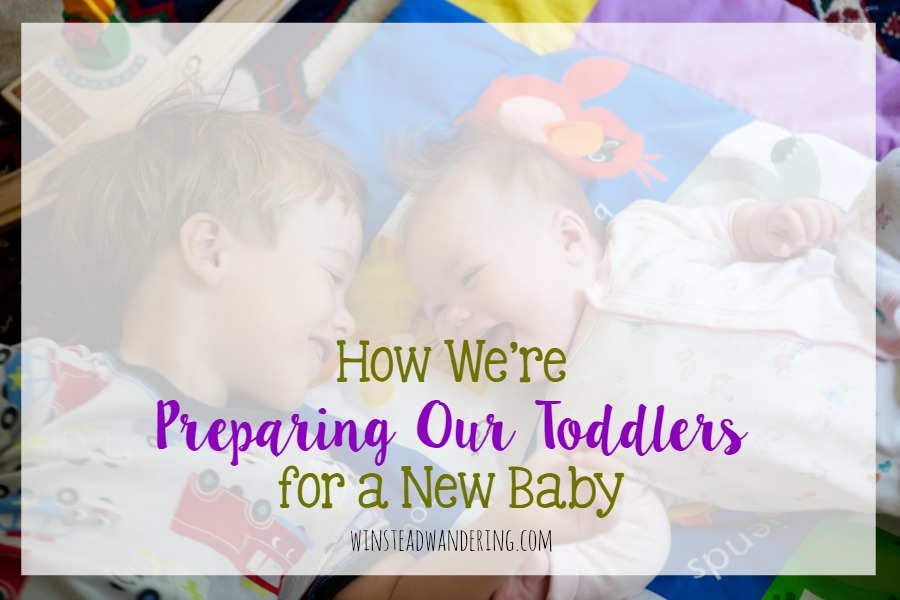 G is five and B will turn four just days before the baby is born. Obviously, they can’t really comprehend all the ways their lives will change when we become a family of five- can anyone, really?- but we can take steps to make all of us as prepared as possible for the new baby.


How We’re Preparing Our Toddlers for a New Baby

It’s important to us that the kids don’t associate all baby-related changes with the baby. For instance, we recently moved B upstairs to make her old downstairs room available for the baby. We did the move more than five months before the baby is due because we don’t want B to feel like the new baby is kicking her out.

We hyped the transition as a move to her “big girl room,” and we discussed how fun it would be for her to sleep upstairs down the hall from her brother. Since the move, she’s stopped to look at her “baby sister’s new room” a few times, so I know she knows what’s happening, but so far she’s been only excited about her new room.

The other big change we’re making is moving G from his car seat in the second row of our car to a booster seat in the third row. This change is slated to happen in the next couple weeks because G, even more so than his sister, needs to be coaxed into change. He needs to be talked through the process before, during, and after it happens. He knows he’s moving and he knows the new baby will be in his old spot, but we’ve talked the whole thing up as a big-boy move because he’ll soon be starting big-boy school.

We call the baby by name

For the first twenty weeks of pregnancy, we were careful not to use any gender-specific pronouns when referring to the baby. We wanted the kids to realize we didn’t know the gender. We had a gender-reveal ultrasound at 18 weeks and found out we’re having a girl. Ever since, we’ve referred to the baby as “she” and as their “baby sister”. Now that we’ve settled on a name, we use it all the time so G and B can think of her as a person, as much as their toddler minds can.

If you’re a parent of a toddler and you’re not familiar with Daniel Tiger’s Neighborhood, you’re missing out. It’s an animated show that we watch via Netflix and it’s a loose spin-off of Mr. Rogers’ Neighborhood. In every episode, Daniel faces typical toddler challenges: visiting the doctor, sharing with friends, trying new foods. For each scenario, there’s a catchy little jingle attached that Daniel and the other characters use to overcome the issue.

Daniel’s mom has a baby in the first episode of season two; many of the subsequent episodes confront typical big sibling drama: why does the baby cry all the time? why does she need mom and dad’s attention so much? why does the new baby get into my toys? G and B have been watching those episodes since before we got pregnant, but now we’re intentional about playing them.

If you don’t have Netflix, you can buy just the episodes about Daniel being a big brother on DVD.

We talk about the baby a lot

The kids are so excited about having the new baby; often, they’re the ones to bring her up in conversation. When they don’t, I try to work her in myself. We just talk about how things will be different when the baby arrives and we talk through certain situations. At dinner, B will ask where the baby’s seat will be. So we’ll talk about newborns’ needs, and how suppertime will be different with a baby.

We talk about songs they’ll want to sing to the baby, the things they’ll want to help with, like feeding and dressing and changing diapers (as of now, they both talk about being involved with everything, which is super sweet). We talk about how babies sleep a lot and that they cry because they can’t use words to say what they want. Between the four of us, we talk about the new baby multiple times a day.

We involve them in decisions

We aren’t allowing our five- and three-year-old to name the baby or write birth plans, but we are giving them a voice in the day-to-day things. As toddlers, they have strong opinions on just about any topic, so we let them give their input where we can. There are a dozen small decisions, like clothes and artwork placement in the nursery, that are fairly inconsequential to us but make the kids feel that much more invested in the process.

Even now, when they haven’t even felt the baby kick yet, they already feel like it’s our baby.

We discuss their roles

As I mentioned, we pretty much talk about all aspects of newborn life because G and B are curious and excited. What we’re specifically discussing is the roles they’ll play as big brother and big sister when the baby arrives. It’s important to us to establish boundaries before we bring baby home from the hospital, in hopes the learning curve for all of us won’t be quite so steep.

B loves to talk about the books she’ll read to her sister, and G is especially interested in singing to her. We encourage that thinking, but we’re careful to add that they won’t be able to pick up or hold baby without help from a grownup.

When I write this all out, it seems like we spend a ton of time preparing our toddlers for a new baby, but really, it’s mostly just stuff that comes up in everyday conversation. It helps that both kids are so excited about it. The preparation might be harder if you have a child who is reluctant to discuss a new sibling, but watching a few episodes of Daniel Tiger might be a good start.

What are your best tips for preparing toddlers for a new baby? 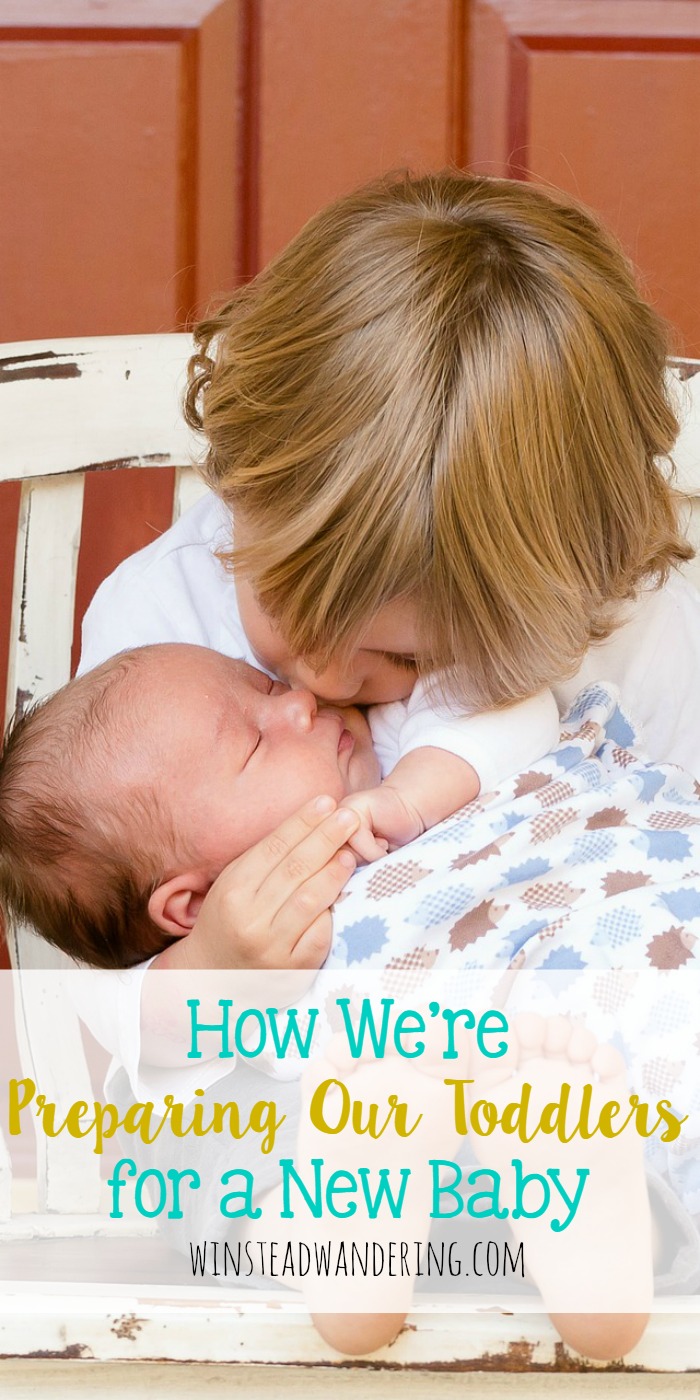