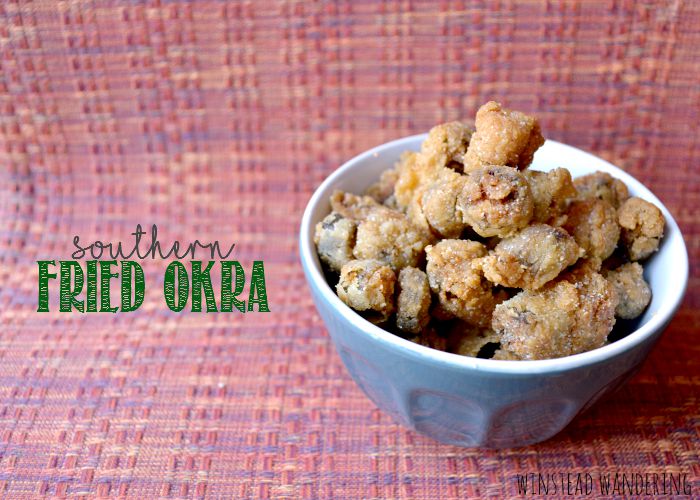 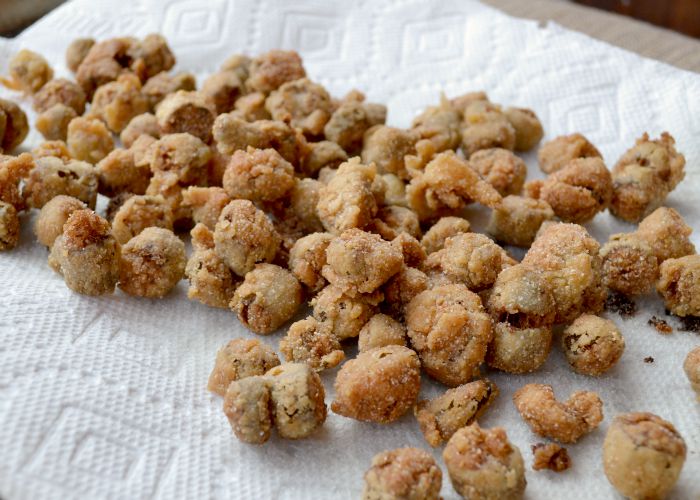 a recipe from Bunt

Fill a pot with two inches of vegetable oil and heat to 350 degrees. Add okra to a bowl of ice water. Drain okra on paper towels and transfer to a lidded container filled with the cornmeal and the flour. Add the lid and shake to coat the okra.

Gently drop coated okra into the oil in batches, being careful not to overcrowd the pan. Stir occasionally as the okra cooks. When it’s golden, remove it to paper towels to drain and salt generously.

Note: you can use fresh okra, but don’t be alarmed if the end result looks different than these photos.