You are here: Home / Pregnancy / My Subchorionic Hemorrhage Story

This is my subchorionic hemorrhage story: how it happened, what it was like, and how we’re doing now. 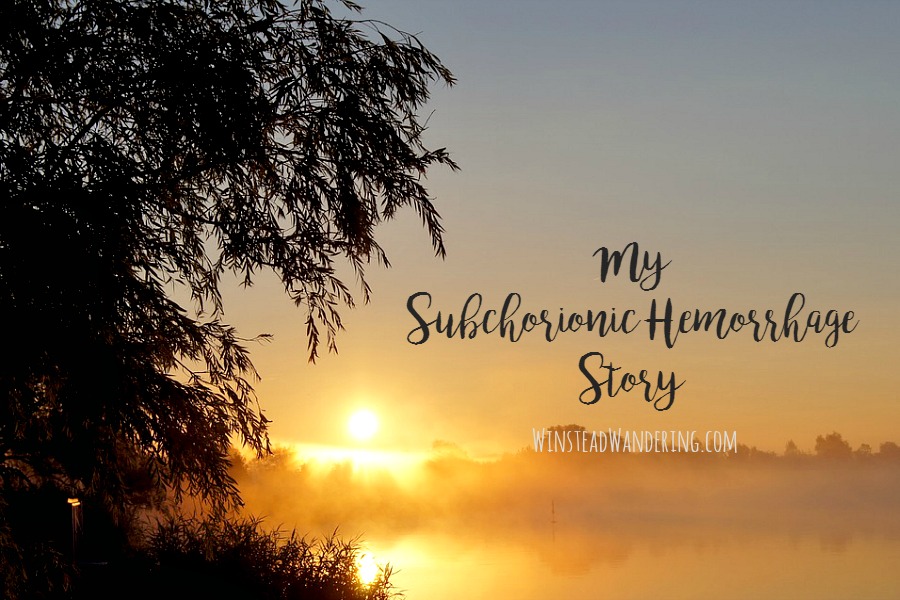 Spoiler alert: this story has a happy ending. There were a few hours, though, hours that stretched into days and weeks, of anxiety and uncertainty.

It was the last Saturday in January. My aunt and uncle left around nine in the morning after a fun surprise visit. J took both kids to the golf course and I laid down for a nap. When they got home a few hours later, I got up and fixed the kids lunch and helped get them down for their naps. I got back in bed for another nap while the kids took theirs because I was still so tired.

I don’t know how long I slept before waking up, but I knew immediately something was wrong. If you’re a woman who’s had a period, you can probably relate to the feeling I had while laying in bed. I could tell I was bleeding, but in that strange state between sleep and wakefulness, it took me a few seconds to register the incongruity of the situation.

I was 14 weeks pregnant. Leaping out of bed, I found that I’d literally been lying in a pool of blood. After sprinting the few steps to the bathroom, not knowing what else to do, I sat down on the toilet. So much blood was pooled in my panties that, as I pulled them down, it splattered on the wall of the narrow water closet.

I shouted for J, but he was two rooms over and wearing headphones. I shouted again, and then I screamed his name. He came rushing into the room and I choked out, “I’m bleeding.” It was immediately clear to us both that I needed to get to the ER.

J’s parents had just left for a few days out of town, so he called his grandmother to come sit with the kids. I changed my panties and pants and grabbed a heavy duty pad absorb the blood during the 35-minute ride to the hospital. As soon as I stood up, though, I felt the pad fill with blood. I sat back down, replaced it with a fresh one, and tried again. Just like the first time, the pad filled with blood before I could make it to the hallway. Finally, after the third attempt, the bleeding seemed to have stopped enough for us to head to the car. We didn’t stop to grab a snack or pack a bag; J folded a couple bath towels for me to sit on and off we went.

I don’t remember what we talked about on the ride to the hospital; I remember praying, over and over again, “God, please don’t take this baby from us.” I knew what that amount of blood meant. It had to mean I was miscarrying the baby. After miscarrying our third pregnancy at 12 weeks, I’d just begun to feel hopeful again. J would tell me later that he was praying he wouldn’t lose the baby and me. He was concerned by the amount of blood he’d seen.

We arrived at the hospital and I told both the admissions lady and the nurse who checked us in that I thought I was miscarrying. They got us back to a room in the ER pretty quickly and, before long, an ultrasound machine was wheeled in. I don’t remember the name of the ultrasound technician, but I remember she was kind.

Within seconds of gliding the cool wand over my belly she pointed to the screen and said, “That’s the baby’s heartbeat.” Neither of us could speak for a few seconds, so convinced we’d been that we were losing the baby. I found my voice first and asked, “What does that mean?” Smooth, I know, but I hadn’t imagined a scenario in which this happened.

J was more articulate when he asked, “It’s alive?” The nurse confirmed that, yes, our sweet little rainbow baby had a healthy beating heart. She also found a subchorionic hemorrhage, which the doctor explained is when blood becomes trapped between the placenta and uterus. I cried happy tears for one of the first times in my life. 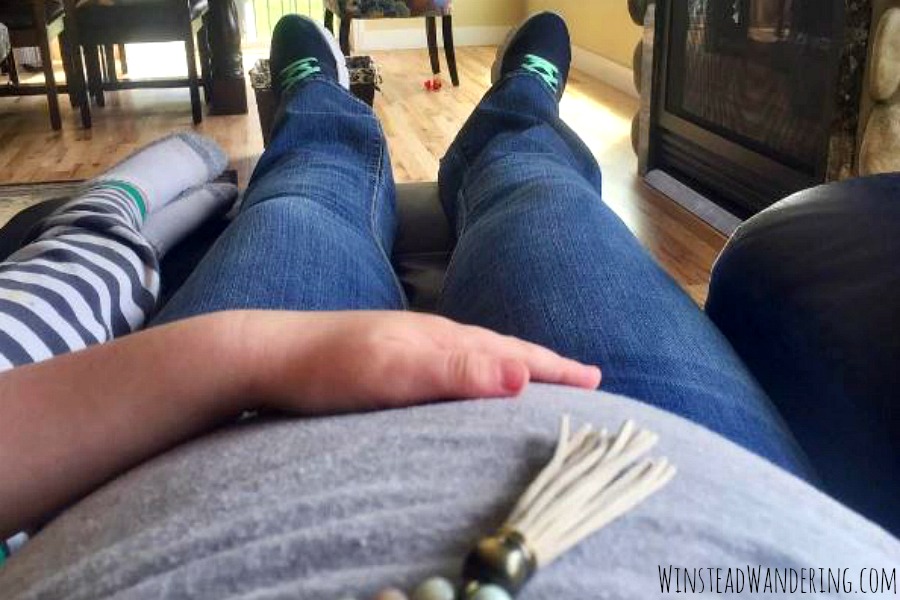 They admitted me to the hospital for the night and my regular OB visited the next day. The treatment for subchorionic hemorrhages varies based on severity, according to the ER doctor, so we knew Dr. Purvis might recommend anything from hospital bed rest to nothing at all. In reality, his orders fell somewhere in the middle; he prescribed restriction activity, which amounted to bed rest, with the understanding I could be on my feet long enough to shower (quickly) and prepare myself easy meals. No stairs, no lifting the kids, and no work.

“No more cause to worry.”

At that point- coming so close to losing our baby- J and I would have agreed to anything. I didn’t want bed rest, but I was willing to do what was best for our little nugget. We left the hospital with instructions to return to my OB’s office in two weeks.

With no change in the size of the hemorrhage after the two week mark, Dr. Purvis ordered two more weeks of bed rest. Y’all, bed rest is hard. Sure, I’d love for a doctor to tell me I can’t do anything but lounge around for a day or two, but four weeks? I went through a ton of Netflix shows, I perfected making bagel pizzas, and I took on extra work for group projects in my online MBA classes. 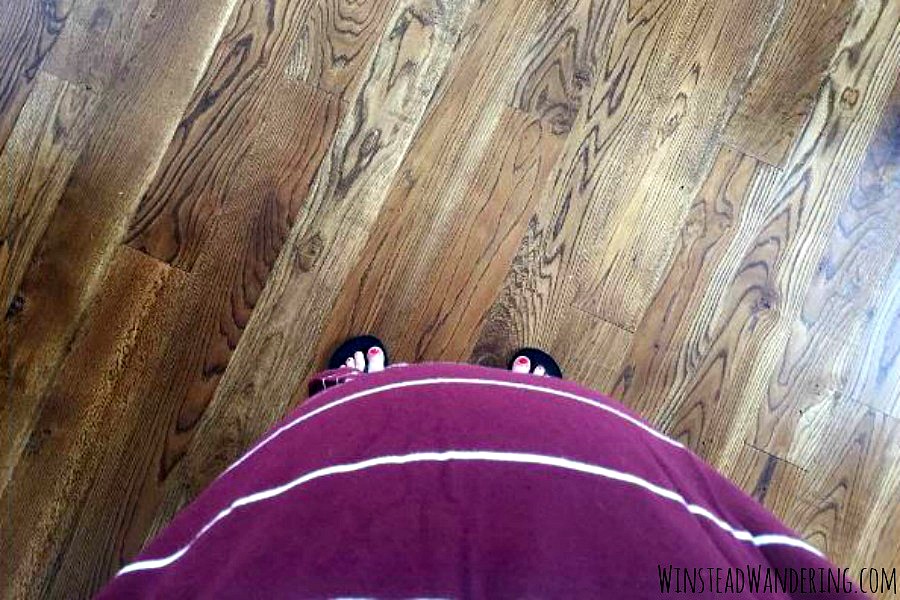 I also cried. A lot. What else can you expect when you combine raging pregnancy hormones, a stir-crazy mom, and the stress of the unknown? I knew what I was doing was worth it, but that didn’t make the days any shorter. J’s began taking me to Sonic a couple times a week; each trip was the highlight of that day.

It was during that month at home that I first began to feel the soft flutters of the baby’s movements. It was so soothing to me to be able to feel those kicks and rolls. I no longer had to hold my breath from one appointment to the next; reassurance that all was well came after only a few minutes of laying still.

I was cleared to return to work, after a month of bed rest, as long as I promised to continue to take it easy. I was willing to sit through my classes and minimize the number of trips I took down the hall to the teacher’s lounge if it meant I could return to work. In addition to going crazy at home, I was missing my students and finding it tedious to plan lessons in absentia. 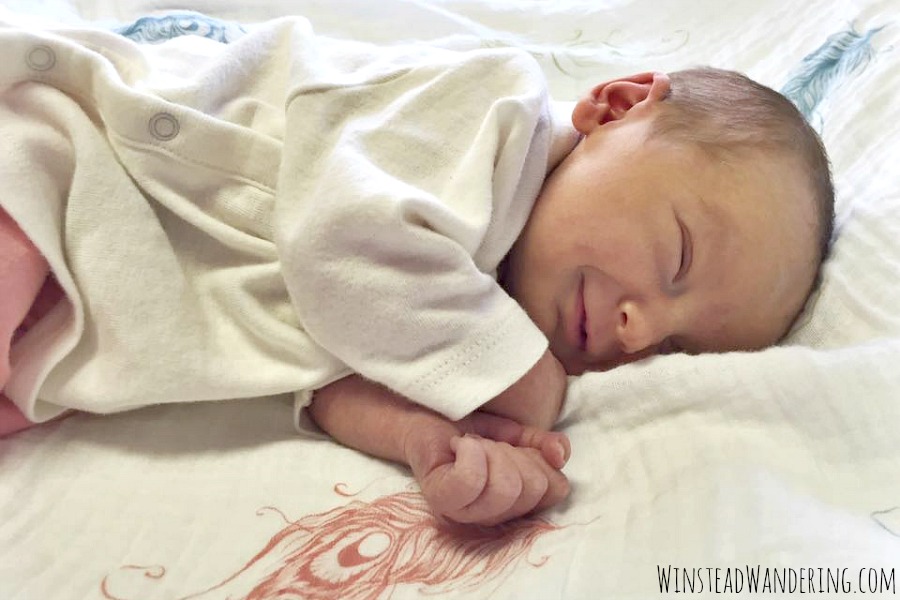 After a month of modified restrictions at school, an ultrasound revealed the subchorionic hemorrhage was gone. Dr. Purvis declared me hemorrhage-free and assured us we could pretend it had never happened. No more restricted activity, no more cause to worry, no more need to closely monitor the pregnancy.

It’s hard to believe it’s been a little more than a year since that Saturday. Now we have a precious baby girl who makes all the anxiety worth it. 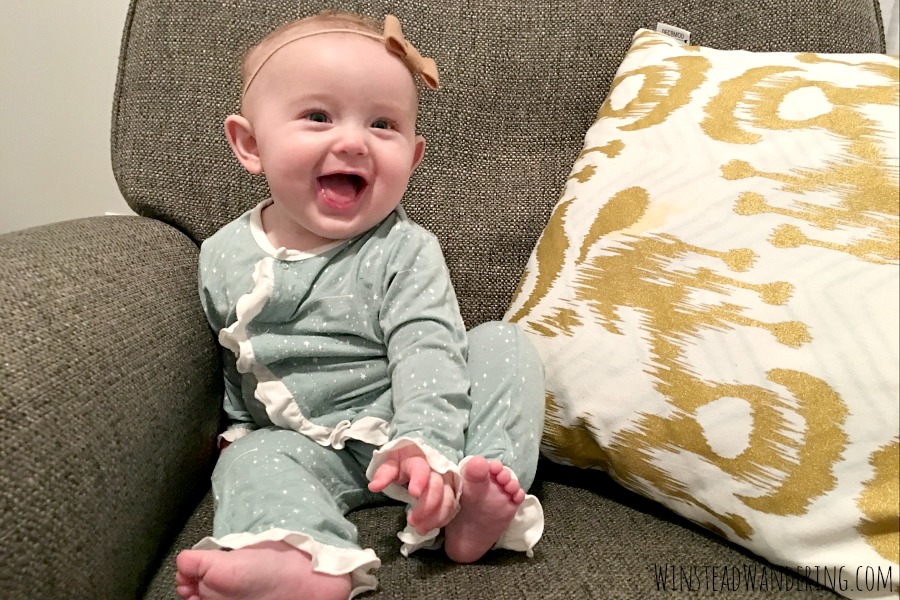 Looking for more pregnancy-related posts? I’ve got a bunch! 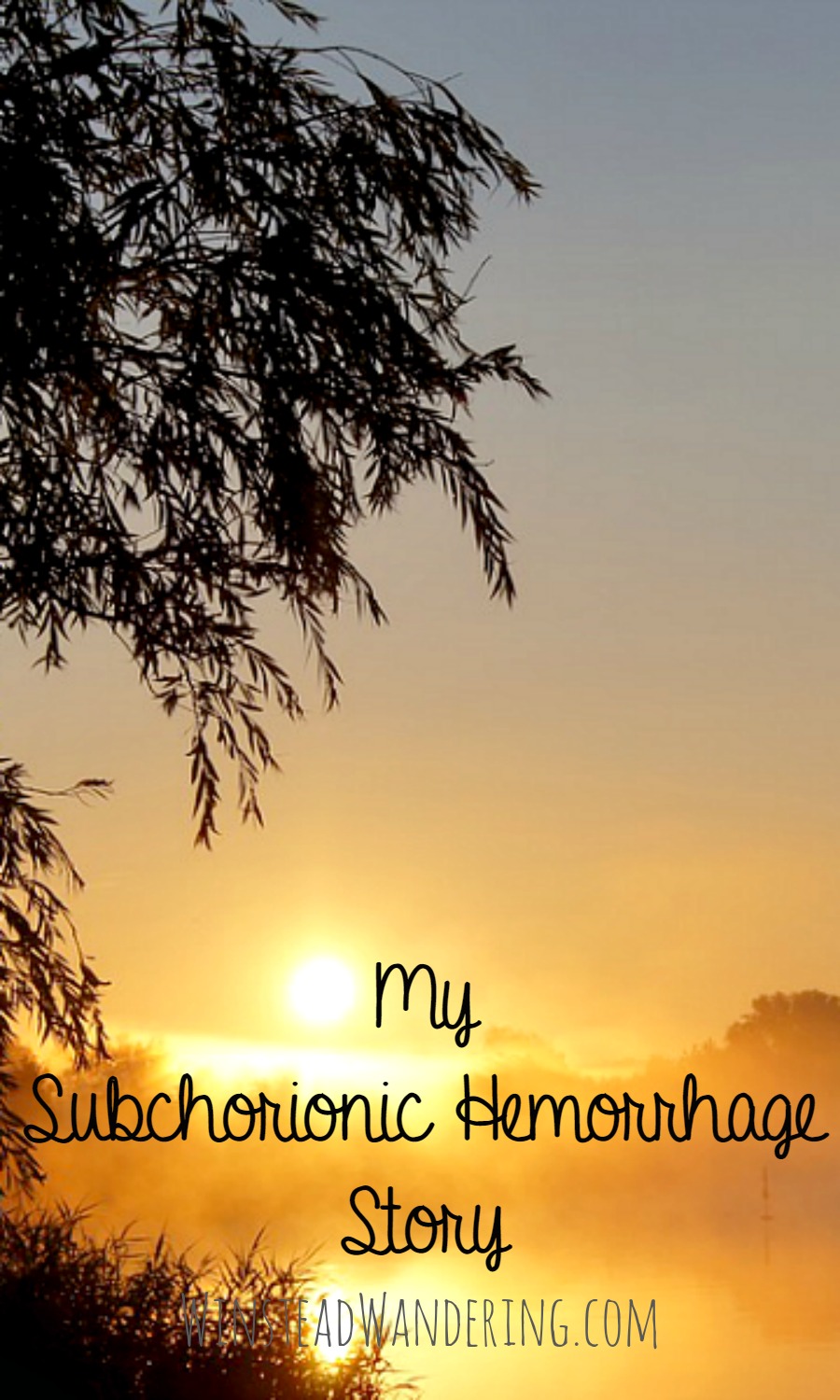