Copycat red lobster cheddar biscuits are loaded with cheese and brushed generously with butter and garlic. They might be called copycat, but honestly, they’re way better. 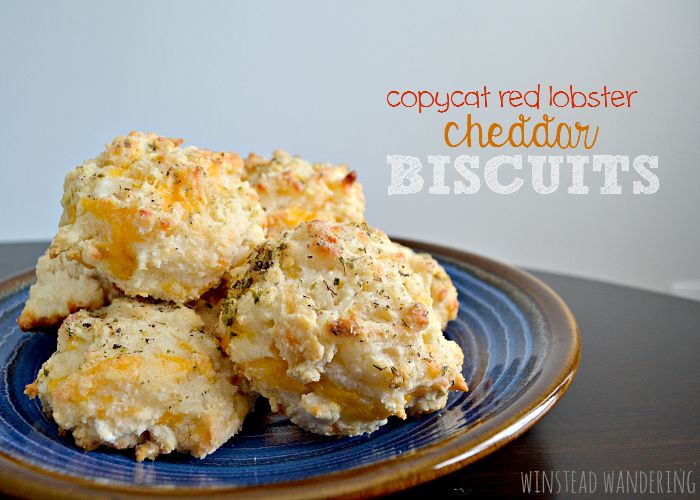 This last year at school, I taught an accounting class of nine boys. No girls, just me and nine strong-willed, rowdy boys. It was quite an adventure.

Part of the way I rewarded their hard work in class was by baking for them each time every student made an 80 or better on a test. I tried out a few different recipes on the boys and, being that they’re teenagers, each recipe was well-received. This recipe, though, was requested time and time again.

It’s not surprising, really. These biscuits are packed with cheese and brushed with butter, garlic, and oregano. They’re a more flavorful version of the kind served by red lobster.

I think these guys are pretty darn tasty just the way they are, but I’ve also added bacon and jalapeños and enjoyed them that way, too.