You are here: Home / in the kitchen / Things I Don’t Have in My Kitchen

Don’t buy into what the Internet tells you need to have to be a good cook. As a food blogger, you might be surprised by the things I don’t have in my kitchen. 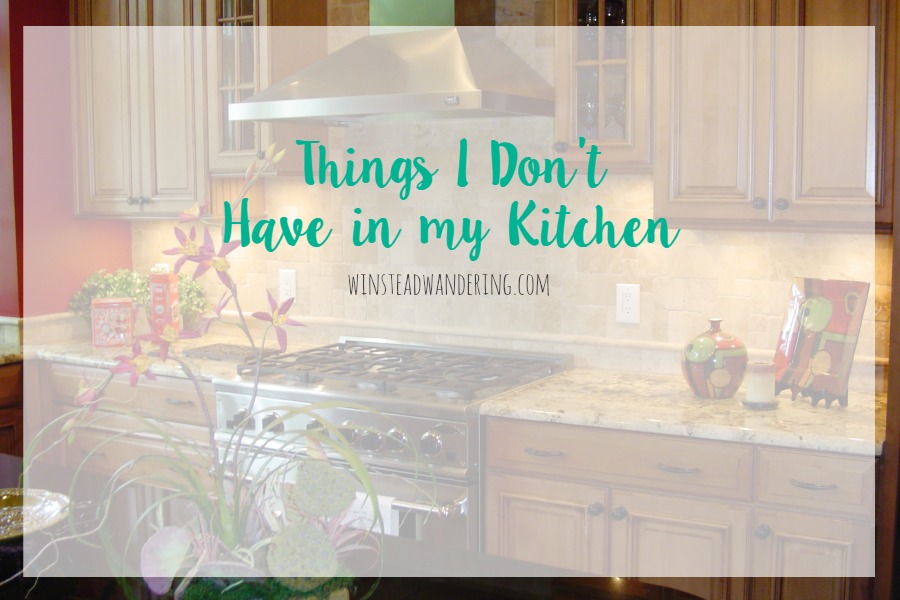 As a food blogger and as someone who loves spending time in the kitchen, I have my fair share of tools and utensils that I use to get the job done. I probably have more kitchen accessories than the average person.

I’m missing some big things, like an ice cream maker or a pressure cooker, that I’d bet a lot of cooks don’t own. What might be more surprising is the list of things I don’t have in my kitchen that a lot of people would consider “must-haves”.

Here’s a list of those items I do without, and what I use instead.

Things I Don’t Have in My Kitchen

I used to have a knife block. I registered for one when J and I got married and someone bought it for us. I used all the knives in it for several years. Over time, I began to realize how dull the knives were. Not just that they’d become dull, but that they’d never been very sharp to begin with. I’d watch cooking shows and see the ease with which the chefs chopped vegetables and I knew, while it was partly due to training and practice, it was also because their knives were so much sharper than mine.

I could have just sharpened the knives that came in the block, but it was around this time I discovered Rada knives. The knives are high-quality and put the others to shame. So, when we moved, I ditched the knife block and instead bought a few more Rada knives. Now, I have a chef’s knife, a paring knife, and a bread knife, plus the sharpener, and that’s all I need.

I don’t own a regular old hand mixer. I used to, but at some point it died and I didn’t bother to replace it. I haven’t seen the need to buy a new one because I have a couple other tools that more than get the job done.

I use my KitchenAid stand mixer all the time. Like, at least a couple times a week, often more. There are times when I don’t want to get it dirty for smaller, easier jobs, and that’s when I usually turn to my dough whisk. That’s a strange name for a strange looking tool, but basically it’s a twisted-looking whisk that easily mixes thicker mixtures like cookie dough and muffin batter.

To be honest, I’ve wanted a cookie scoop for a long time. If you want to buy me one, I won’t turn it down, but every time I have a few dollars to buy new kitchen tools, I always find something I want more. When I’m comparing a cookie scoop to other tools I’m considering buying, the scoop never seems that necessary.

When it comes to making cookies, I usually just use my hands to measure and shape the dough. Sure, they don’t come out as uniform as they might with a scoop, but I’ve not had any complaints. If I’m measuring muffin or cupcake batter, I just use a large spoon or a measuring cup. The process might be a little messier, but again, no one’s complaining.

Okay, so I think we do have a toaster hidden in a cabinet somewhere, but I have no idea where and I never use it. We used to have one that I think we used fairly often, but when it died we replaced it with an even cheaper version that we stuck in a cupboard or closet. While I’m confessing to a lack of toasting appliances, I should mention that we don’t have a toaster oven, either.

I much prefer to toast things right on the stove top. I do this in my trusty cast iron pan that I also use for pretty much everything else. I love that, in the pan, I can fully toast one side of an English muffin or bagel and leave the other side pretty much untouched.

To melt chocolate on the stove, I simply place a heat-proof glass bowl over a saucepan filled with a little water. I can easily melt chocolate without the need for an extra pan taking up space in the kitchen.

What common kitchen tools do you make do without? 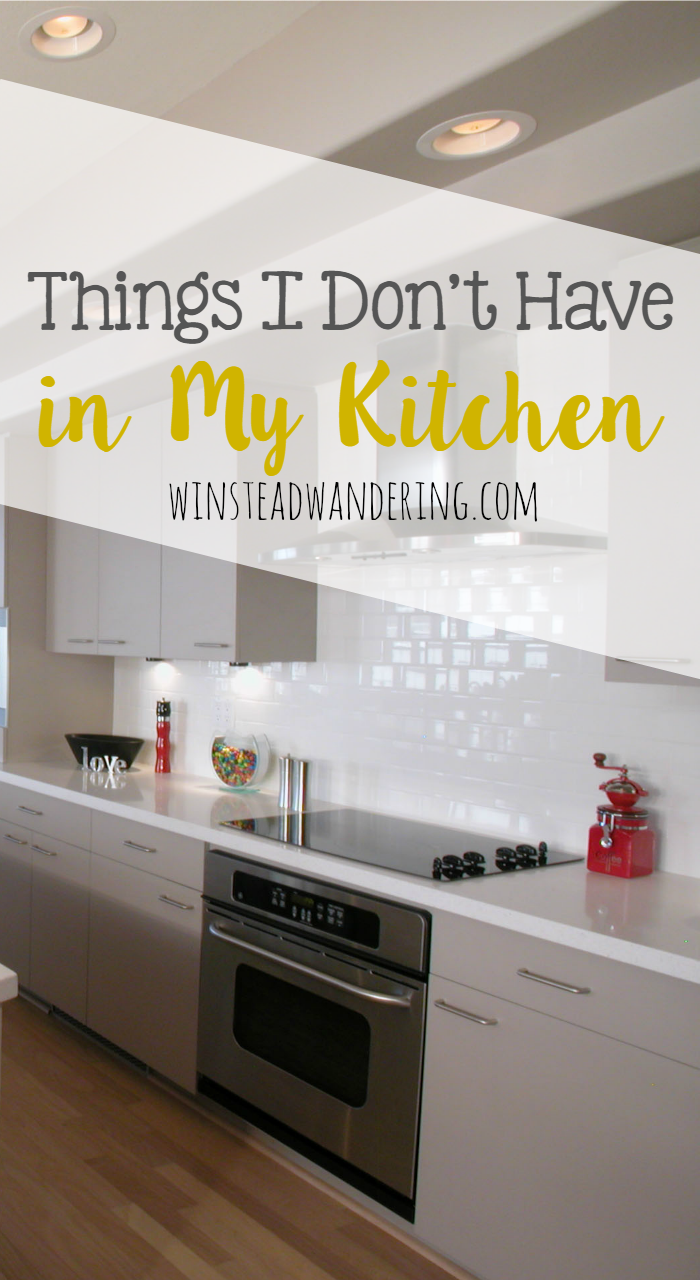