Stuffed with a rich chocolate ganache and topped with the fluffiest chocolate buttercream, these triple chocolate cupcakes will fulfill all your chocolate fantasies. 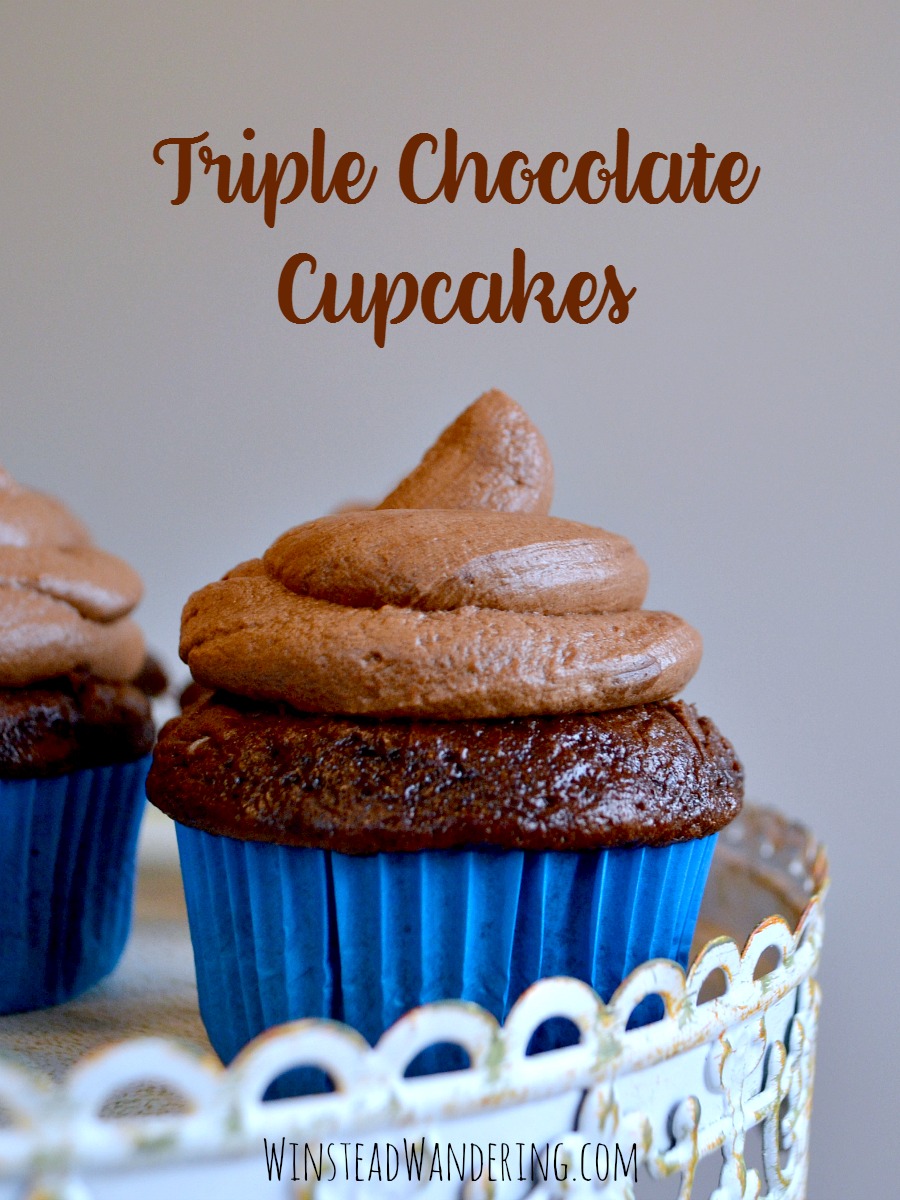 I signed up to bring cupcakes to a baby shower at church a couple weeks ago. I knew right away I wanted to make something decadent and over the top, something the expectant mom would love to indulge in. I knew it had to be these triple chocolate cupcakes.

To say they were a hit would be an understatement. And seriously, how could they not be? That moist cupcake? That smooth ganache? That rich and fluffy homemade buttercream? These guys are literally one of the best things you’ll eat.

Don’t be intimidated by the multiple steps or the long list of ingredients. The cupcakes themselves are made with a box mix, and then enhanced with a few extra ingredients. The ganache takes only a few minutes to make and is so worth it. The ridiculously light frosting is the perfect topping. 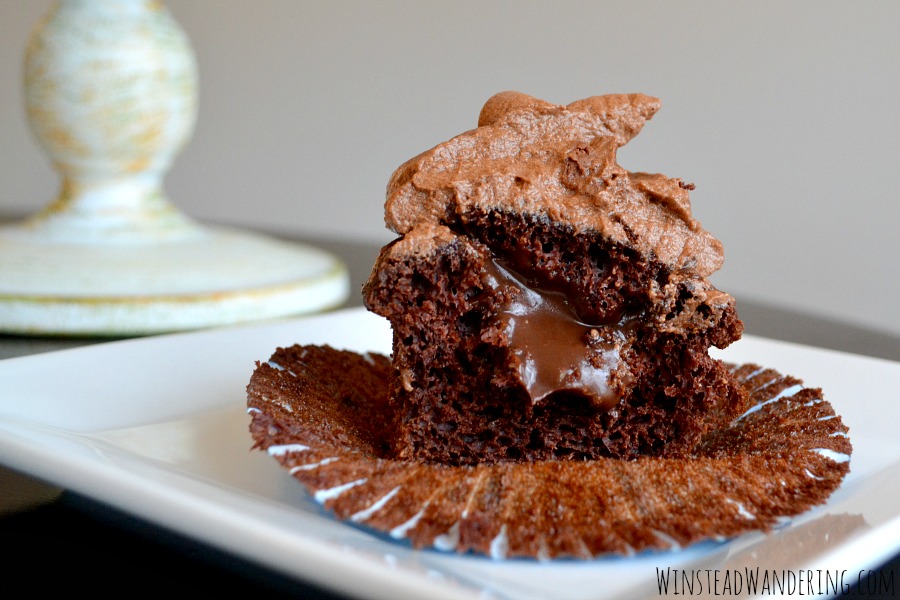 For the Buttercream Frosting

To make the frosting, cream the butter in a large bowl for two minutes, or until fluffy. Add the powdered sugar and cocoa powder one cup at a time, mixing to incorporate after each. Add the salt, vanilla, and milk or cream and mix on low just until incorporated. Increase mixer speed to medium and beat for three minutes, until the frosting is fluffy and has lightened in color.