A rich brownie recipe is packed with chocolate chips and smothered in a fluffy homemade buttercream to make mouthwatering triple chocolate frosted brownies. 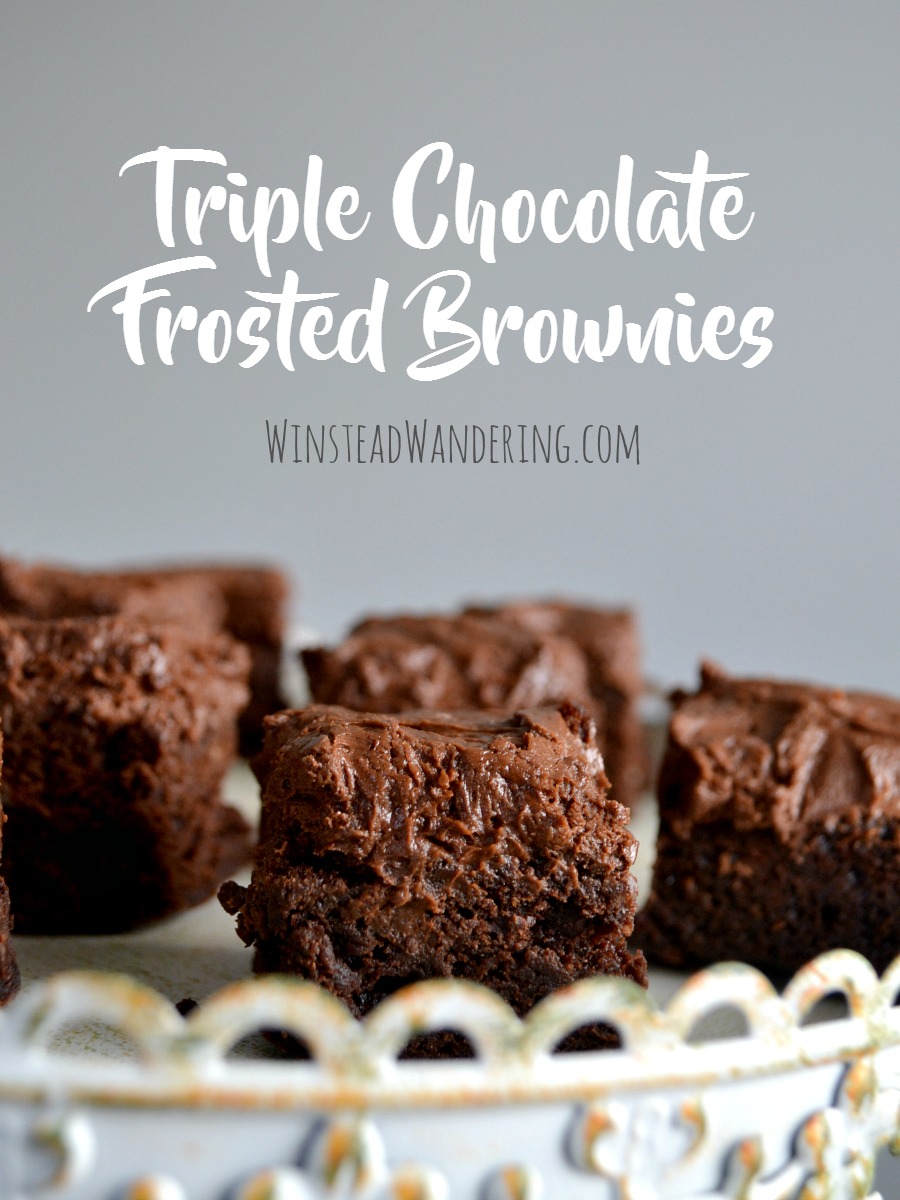 I have a recipe for double chocolate brownies. They’re pretty much everything you could want in a brownie: rich, fudgy, and studded with chocolate chips. They’ve got that delectably chewy crust. I didn’t think the recipe could get much better, but then I added homemade buttercream and turned them into triple chocolate frosted brownies.

My homemade chocolate buttercream was the perfect addition to a recipe I didn’t think could get any better. The frosting, which is the same one you’ll find on my triple chocolate cupcakes,  is whipped for several minutes until it’s light and fluffy. On their own, the brownies are a delightful treat; with the addition of the frosting, they become a mouthwatering dessert you’ll be asked to make again and again. 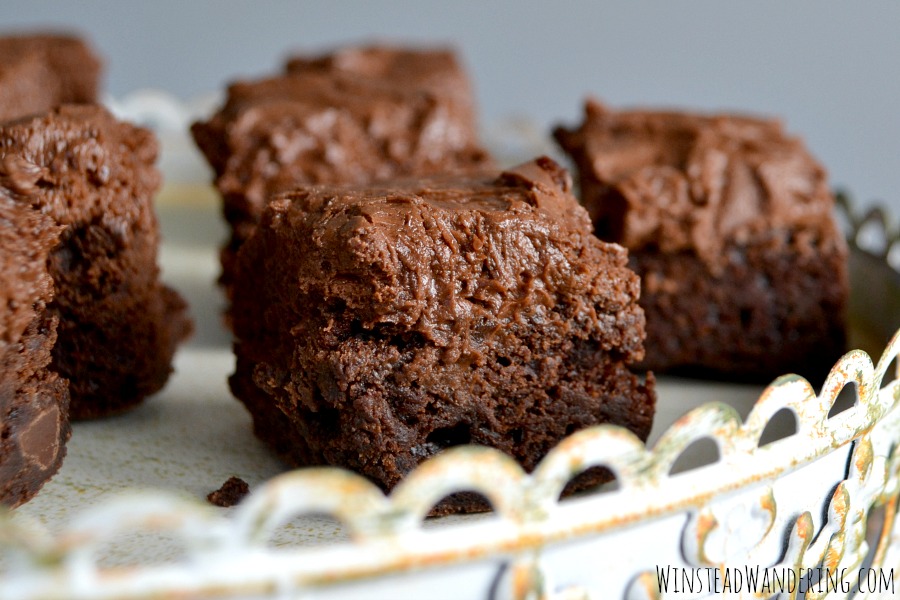 Preheat oven to 350 degrees. In a large bowl, combine the cocoa powder and baking soda. Stir in half of the butter and the boiling water. Add the sugar, stir until combined, and the mix in the eggs, vanilla, and salt. Add the flour and mix just until incorporated. Fold in the chocolate chips.

Transfer brownie batter to a greased 9 x 13 pan and bake for 30-35 minutes, or until a toothpick inserted in the middle comes out clean.