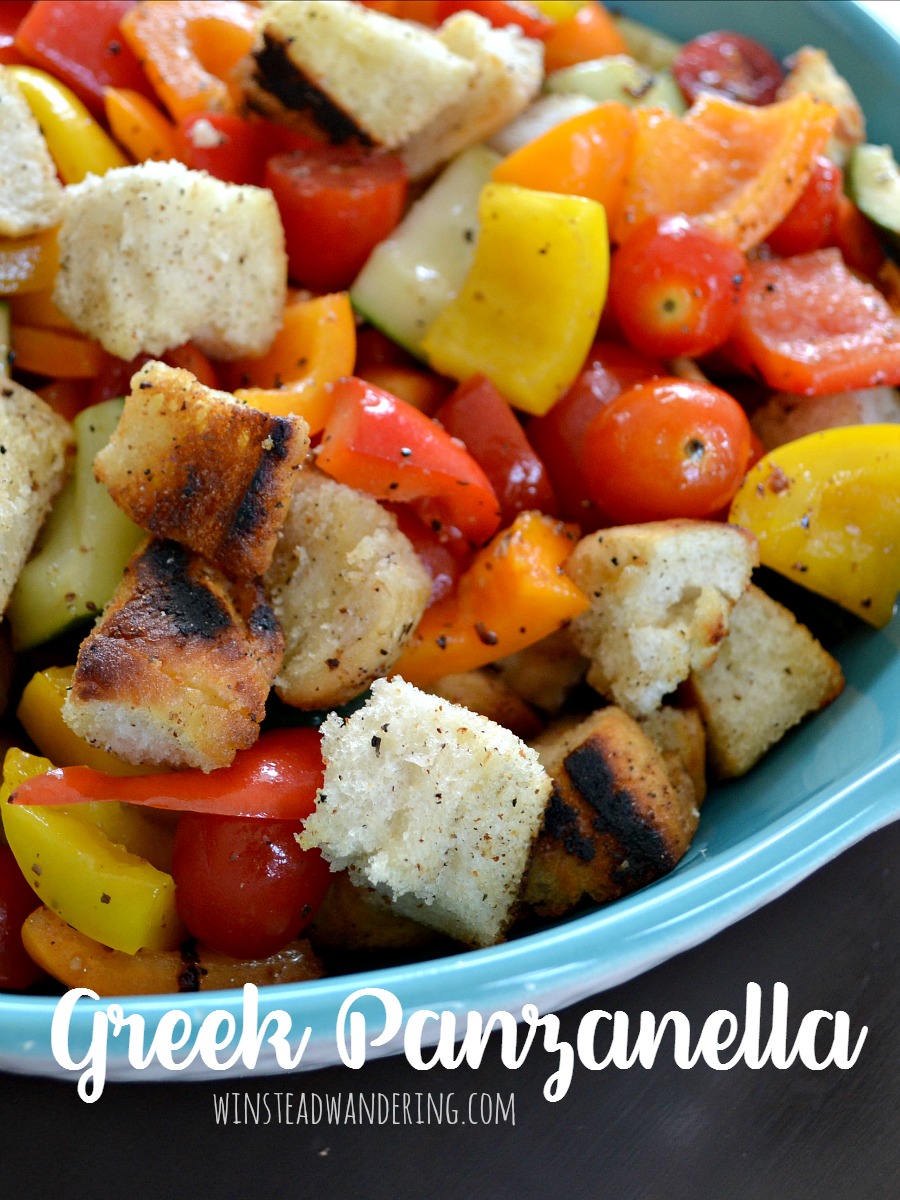 As much as I love cooking now, I didn’t do much of it when I was growing up. It wasn’t until I moved away to college that I began to appreciate the quality of cooking I grew up with, both from mom and from my stepmom. There’s nothing like bland cafeteria food to open your eyes to how good you had things.

I spent much of that first summer break trying new recipes, and this Greek Panzanella was one of them. It was  so easy to throw together, even with my amateur cook status. Now, years later, it’s still a favorite. The recipe is the perfect fun alternative to the typical veggies and dip found at so many showers and parties. 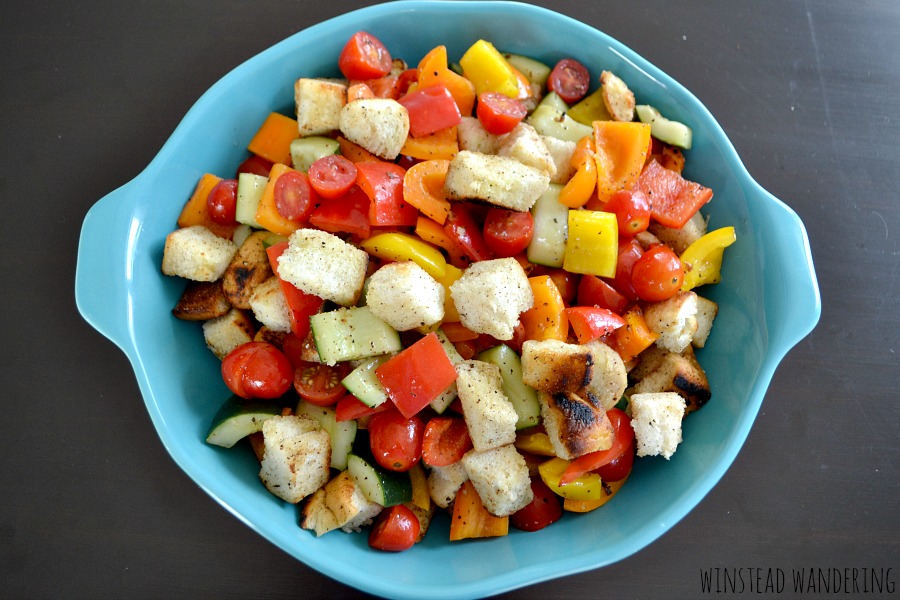 Heat olive oil in a large skillet over medium heat. Cut the bread in half and dice one half into one-inch cubes. Save the other half. Add the bread to the oil and sprinkle with salt and pepper. Allow the bread to cook, tossing frequently, for 8-10 minutes, or until browned like croutons. Add more oil pan seems dry.

While the bread is cooking, cut the tomatoes in half and cut the rest of the vegetables into one-inch chunks. Combine vegetables and vinaigrette in a large bowl. Add the cheese and the toasted bread cubes and gently toss everything together. Sprinkle with salt and pepper. Serve warm.

Store leftovers in the refrigerator. The bread will get soggy, so before serving the salad a second time, I like to pick out the bread pieces and use the leftover half of the bread loaf to toast fresh cubes.

Jenna of A Savory Feast recently welcomed a baby boy into her family, so today a few blog friends and I are throwing her a virtual baby shower! If only we lived closer so we could all get together, but since we can’t, here are some ideas for a smashing baby shower menu. We included a few of Jenna’s own recipes (without her knowing!) so be sure to hop over and give her posts some love!