Why not combine two of your all-time favorite party foods and make these perfectly cheesy and irresistibly savory Jalapeño Popper Twice-Baked Potatoes? 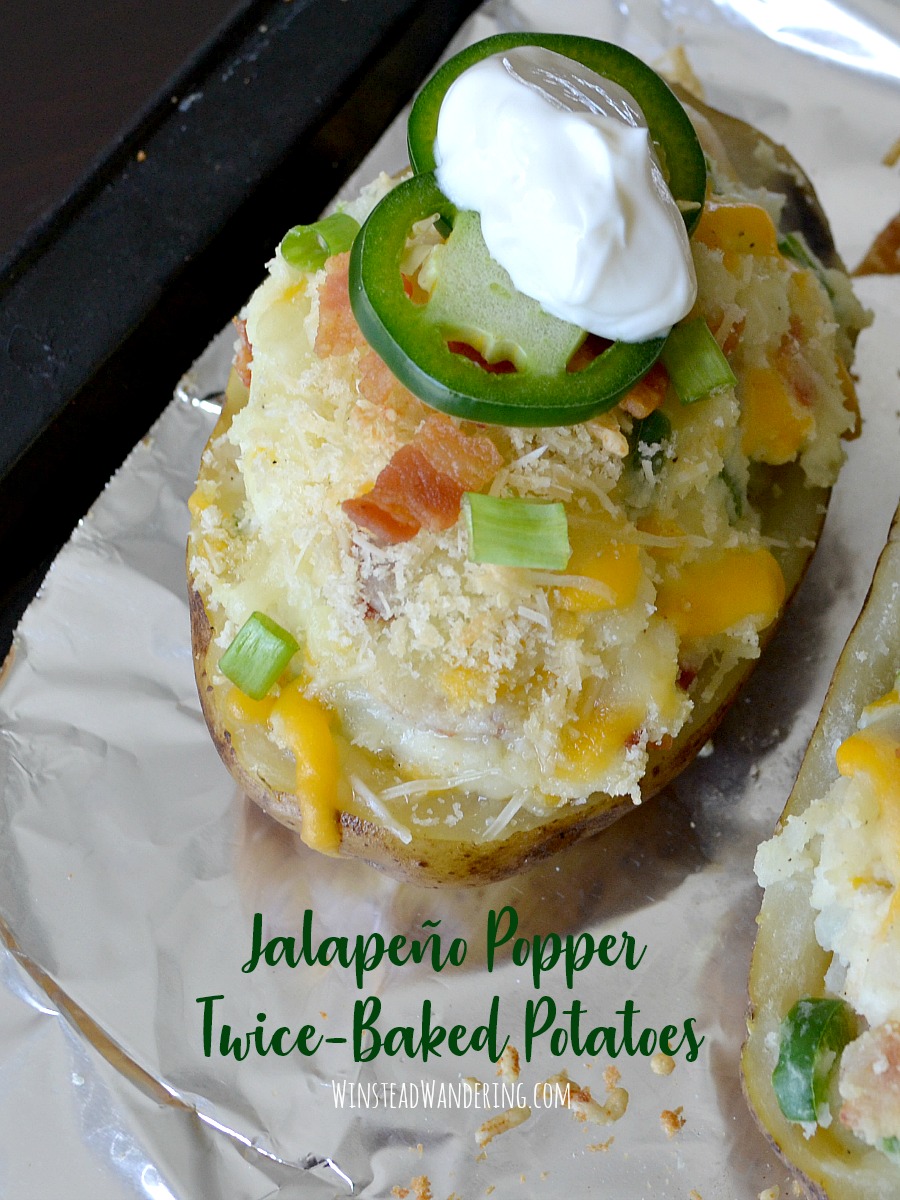 Are you ever awed by your own brilliance?

I’m not, at least usually, but one exception would be these Jalapeño Popper Twice-Baked Potatoes. I can’t remember what led to that stroke of culinary genius, but I remember standing in front of the refrigerator, both doors open, and thinking, “I should make jalapeño popper twice-baked potatoes!” 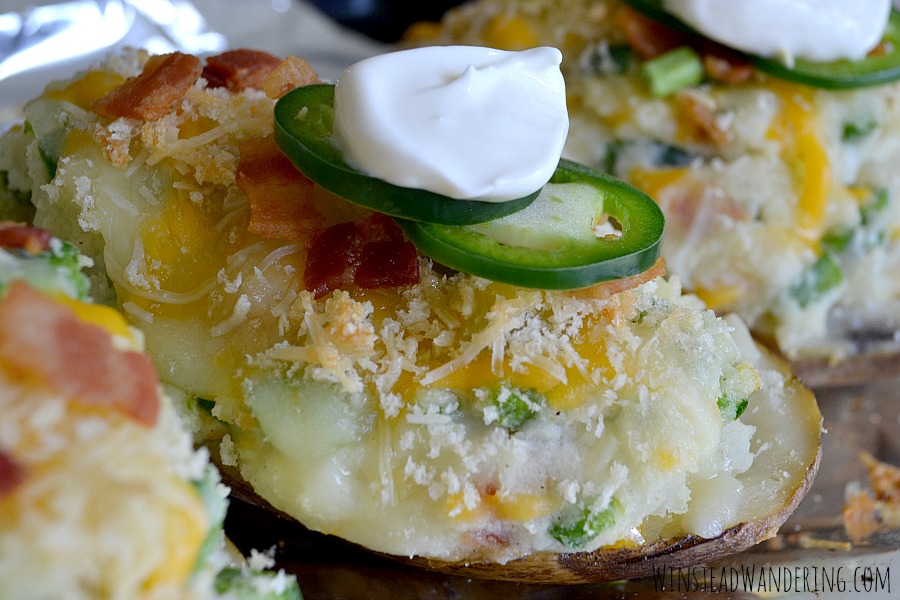 I poppered these puppies up in a few different ways. First, I added diced jalapeños to the potato filling. I tossed in some cream cheese, too. Lastly, I topped each potato half with a mixture of Parmesan and bread crumbs to give the whole dish that golden crunch you expect from good jalapeño poppers.

I know I’m not the first person to combine these two particular food favorites, but damn is it a good combo. 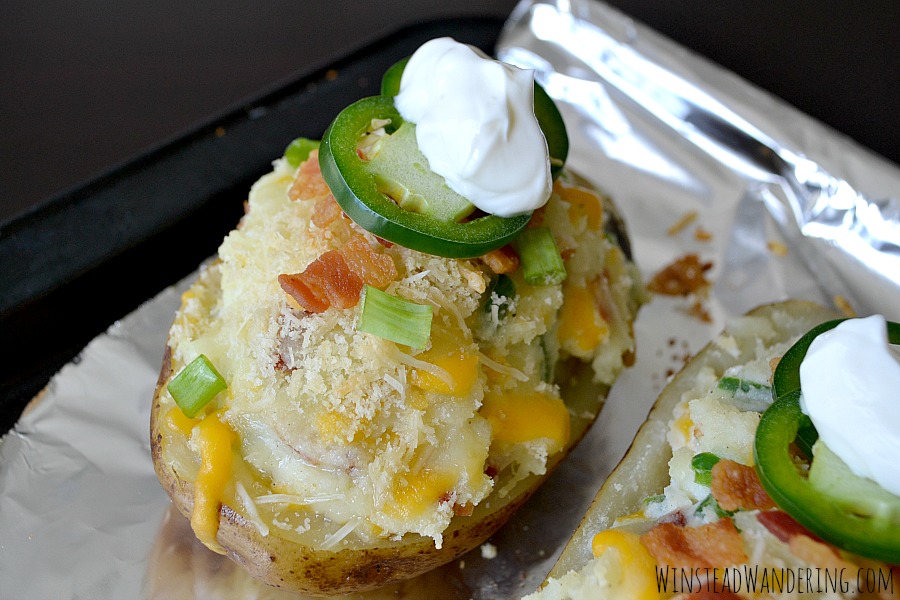 Preheat oven to 350 degrees. Prick potatoes and place in oven to bake for 60 minutes. Remove baked potatoes and allow them to cool slightly. While potatoes are baking, dice the bacon, cook it in a skillet, and set aside to drain. Next, add to a large bowl 1 1/2 cups of shredded cheese, butter, sour cream, milk, and diced jalapeños.

When potatoes have cooled slightly, slice them in half and, holding each half with an oven mitt, use a spoon to scoop out the insides. Try to leave a quarter inch-thick rim of flesh inside the skin. Add the potato flesh and the cooked bacon to the other ingredients and mix until fully combined.

Spoon the filling back into the potatoes, dividing it equally between all eight halves. Sprinkle the remaining cheese over the potatoes, and add the bread crumb mixture on top. Return to the oven at 350 degrees for 12 to 15 minutes, or until cheese is melted and bread crumbs are toasted. Serve garnished with green onion.