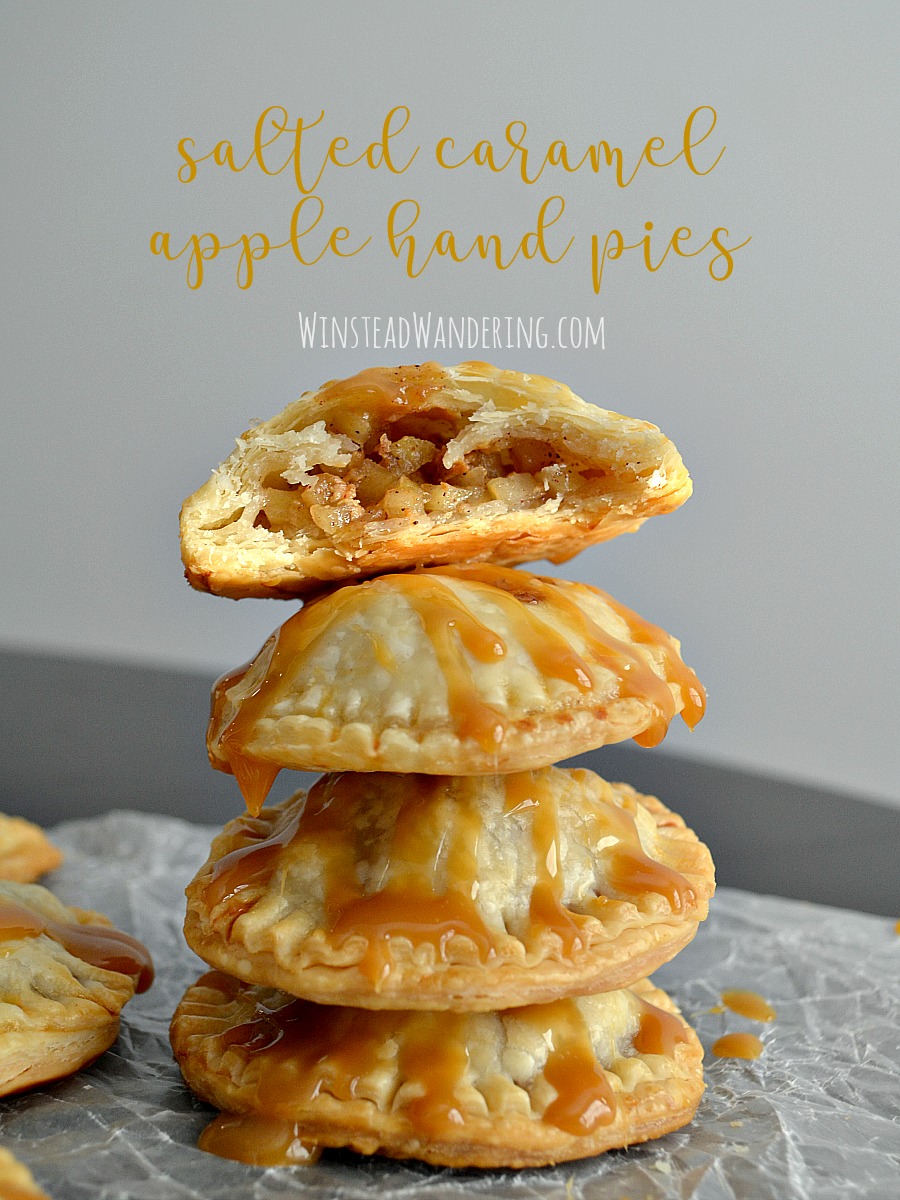 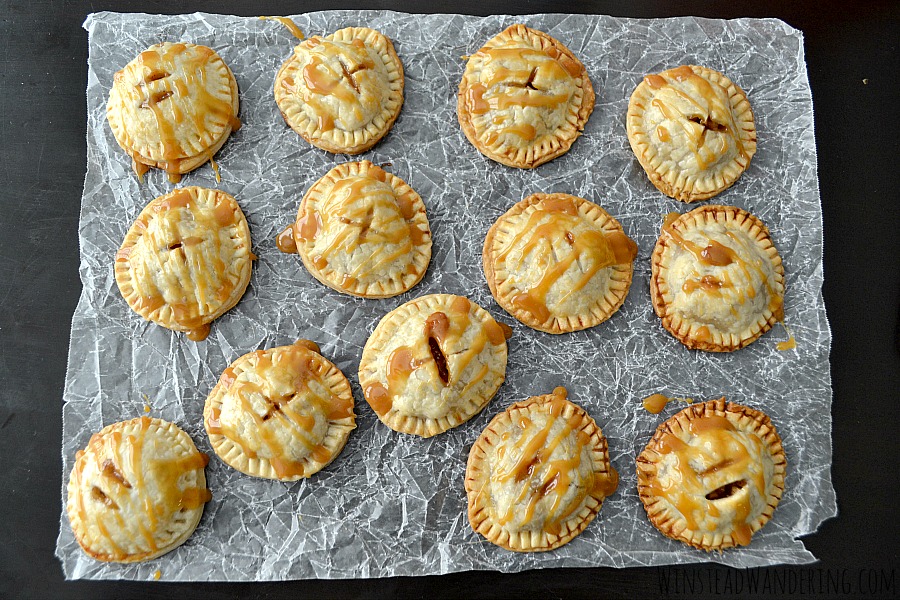 Dice apples into fine pieces, about 1/8-1/4 inch square. Combine, in a large bowl, the apples, flour, brown sugar, cinnamon, and lemon juice. Mix well and set aside. Dice the caramels into pieces about the same size as the apples; set aside. Unroll the pie crust and use a rolling pin to make it a little thinner. Use a 3-inch cookie cutter or a similar size drinking glass to cut circles from the dough. Cut as many circles as you can; gather and re-roll the scraps of dough until you can’t make any more circles. Aim for an even number.

Preheat oven to 425 degrees. Spoon a small amount of apple filling into the center of half the circles. You want a good amount of apple, but not so much that a circle of dough won’t fit over the top. To the apple filling, add a few chunks of caramel and a small pinch of sea salt. Cover each mound of filling with a second circle of dough and use a fork to seal the edges. Brush each pie with the egg + water mixture and use a sharp knife to make a couple slits on the top of each pie.

Transfer pies to a parchment-lined baking sheet and bake for 14-18 minutes, or until pies are golden brown. Remove from oven and transfer to a cooling rack. Allow to cool for five minutes before drizzling warm caramel sauce over each. If desired, add an additional pinch of sea salt.

Serve at room temperature or warm with vanilla ice cream.

I ended up with extra apple filling that I put on a sheet of puff pastry and baked. It was a hit, too.

You can make your own caramel sauce, but I used a jar I bought to garnish these cupcakes.